The World Health Organization (WHO) has announced that the monkeypox virus, which has spread to over 20 nations, will be renamed. 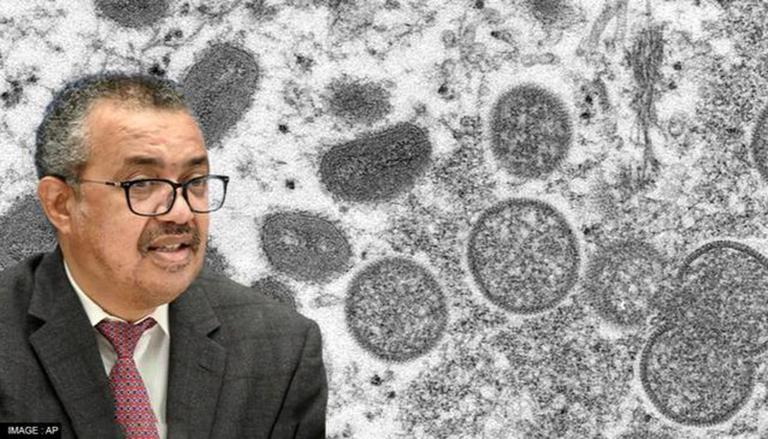 
In a recent development, the World Health Organization (WHO) announced that the monkeypox virus, which has spread to over 20 nations, will be renamed. Addressing a press conference on Tuesday, WHO Director-General Tedros Adhanom Ghebreyesus said the organization is working with experts to rename monkeypox, citing concerns over stigma and racism around the "discriminatory" name of the virus.  "The organization is working with partners and experts from around the world on changing the name of monkeypox virus, its strains and the disease it causes," he remarked, ABC News reported.

According to Ghebreyesus, the WHO will soon announce the new name of the virus. According to reports, the decision came days after over 30 scientists across the world called for a "non-discriminatory and non-stigmatising nomenclature for monkeypox virus." As of now, the WHO has mentioned two strains of the monkeypox virus: the West African clade and the Congo Basin (Central African) clade. However, according to a group of scientists from Africa and across the world, this, like many prior geographic classifications of infectious diseases based on places of their origin, can be "misleading and erroneous."

Further, the group of scientists called for a novel classification of monkeypox that complies with best practice in the naming of infectious diseases, and "minimises" unwanted negative implications on countries and geographical regions.  Meanwhile, Ghebreyesus also stressed that the WHO will hold a meeting with an emergency committee of specialists to assess whether the growing monkeypox outbreak can be classified as a global health emergency. According to him, the meeting will be held on June 23 as the virus has displayed "unique" recent behaviour by spreading well outside the African countries, where it is prevalent.

It is pertinent to mention here that several countries including the United States and the United Kingdom have reported several cases of the monkeypox virus. Notably, Monkeypox is usually a mild self-limiting infection that lasts only a few weeks for most people. However, it can also affect people with severe illnesses. Mainly, the monkeypox virus is transmitted when a person comes into contact with the pathogen from an animal, human, or materials contaminated with the virus.