'Mr Fixer': Know About New Zealand's Next PM Chris Hipkins And What Challenges Await Him

Incoming Prime Minister of New Zealand, Chris Hipkins, has a new challenge to navigate as he takes the reins of the country. Elections aren't far away. 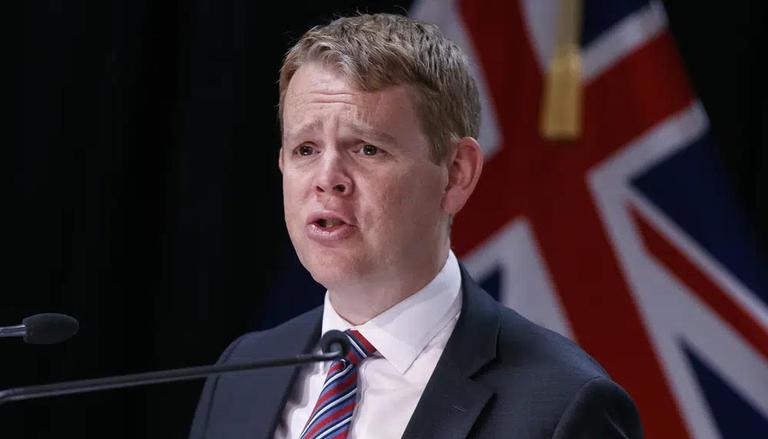 
New Zealand's incoming Prime Minister, Chris Hipkins, has a new challenge to navigate as he takes the reins of the country. Hipkins, 44, was the minister primarily responsible for designing and implementing New Zealand's COVID-19 response, which made him a household name for many New Zealanders, as per a report from the Guardian. He was a regular fixture at daily press conferences alongside outgoing Prime Minister Jacinda Ardern.

The elimination strategy that Hipkins helped implement came under fire from some overseas commentators and spawned conspiracy theories and anti-vaccine campaigns, but it did allow New Zealand to broadly protect its population until the vast majority were vaccinated, achieving record-low rates of death, serious illness and economic disruption. It is a period that Hipkins will be hoping New Zealanders still look on with pride, especially when the general election comes around on October 14. However it must be flagged that the Labour party of New Zealand has a low approval rating.

Speaking to reporters in Wellington, Hipkins acknowledged that succeeding Ardern as prime minister amounts to "the biggest responsibility and the biggest privilege of my life". "The weight of that responsibility is still sinking in," he said on Saturday, in his first appearance since being nominated.

“I’m a boy from the Hutt. My parents came from relatively humble beginnings and worked really hard to provide a good life for my brother and I, and my commitment and politics is to make sure that we provide opportunities for all Kiwis who want to work hard to be able to work hard and get ahead and provide a better life for themselves and for their families," Hipkins said after the announcement

Hipkins is known as 'Chippy'

The pandemic period of high pressure, constant media appearances, and intense public scrutiny will have helped prepare Hipkins for the role of Prime Minister, according to the report from Guardian. He is known as "Chippy" in government circles, a nickname derived from his initials, but which may have stuck thanks to his upbeat, slightly schoolboyish demeanour. Hipkins has a reputation in parliament for a sense of humor, fast quips and self-deprecating streak – attributes that New Zealanders tend to favor in their political leaders.

Hipkins launched his involvement in politics as President of the Victoria University Students' Association, and was arrested on parliament grounds for a protest against education policy in 1997. A stickler for process, and unafraid of political battles, Hipkins fought the arrest in a 12-year legal battle, eventually securing an apology and compensation for protesters. He said the events of that day were “a defining moment for me” that spurred him into parliamentary politics. Hipkins will face a tight election campaign against Christopher Luxon, the leader of the National party. The outgoing Prime Minister, Jacinda Ardern, has left big shoes to fill, but with his experience navigating the country through the pandemic, his reputation as a “fixer”, and his ability to connect with the public, Hipkins may just be the man for the job.