WHO To Revive Probe Into COVID-19 Origin With New Team Of Scientists: Report

New scientific team will probe Wuhan lab leak theory aspect as WHO Chief admitted that China has not handed raw data from the initial phases of pandemic. 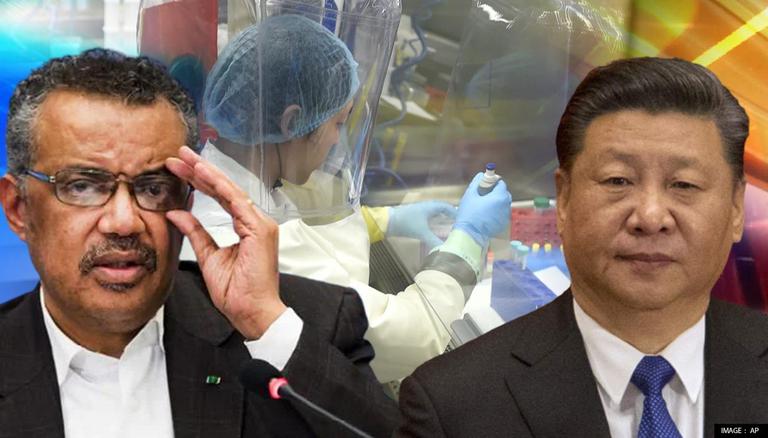 
The World Health Organization (WHO) will soon resume the probe to determine the origins of the COVID-19 respiratory virus with a newly designated team of 20 scientists that will be named ‘Scientific Advisory Group for the Origins of Novel Pathogens,’ the Wall Street Journal reported. This would be the global health agency’s second attempt to trace back to the initial instances of the outbreak of the novel pathogen after data gathered from Chinese scientists during the initial WHO inquiry that involved visits to Wuhan were deemed “insufficient” for further investigation.

The new scientific team will probe the Wuhan lab leak theory aspect as earlier, WHO Chief Tedros Ghebreyesus admitted in the press briefing that China has not shared the raw data from the early phases of the COVID pandemic. Director of WHO emergency programme, Mike Ryan, meanwhile said at a news conference that the WHO-led scientific team that went into the Wuhan Institute of Virology could not “compel China to divulge more data into the origins of COVID-19.” Tedros pushed for “better co-operation” with respect to access to the raw data into coronavirus that killed 4.7 million people worldwide so far, which China refused to share.

PRC’s Vice Foreign Minister Ma Zhaoxu hit out at WHO saying China never rejected cooperation on tracing the origins of coronavirus but condemned the politicisation of such a probe. He also lambasted the health agency for abandoning the joint report from the first phase of investigation that concluded coronavirus jumped from bats to humans via an intermediate animal and that the Wuhan Lab leak was "extremely unlikely”. "Future global traceability work should and can only be further carried out on the basis of this report, rather than starting a new one,” Chinese Vice Foreign Minister had told reporters.

WHO on Sunday revealed that it will appoint a new team of experts that will comprise specialists in laboratory safety and biosecurity, as well as the experts in geneticists and animal disease for the second phase of investigation into the SARS-CoV-2 origin. The team will also analyze the virus risks and their links with human behaviour, the WSJ confirmed.

The urgency was sparked as the blood samples from early COVID-19 victims might turn unusable and the probe risks running out of time. The team of the WHO experts that led COVID-19 investigation into its origin also supported another probe, emphasizing that the source of the virus was “not yet found.” WHO Director-General Tedros Ghebreyesus stressed that as far as the origin probe was concerned “all hypotheses remain on the table and warrant further studies”.

As the search into the origins of the COVID-19 hit stalemate after the initial probe, experts in charge of the coronavirus origin research mission warned the WHO that the SARS-CoV-2 investigation was “at a critical juncture,” and that the "first step in a process has stalled.” They sounded an alarm saying that the "window of opportunity for conducting this crucial inquiry has been closing fast," and as the times recede, the biological trail to the earliest origin of the virus in Wuhan “will get more difficult”. Experts also warned about the evidence either disappearing or getting tampered with.