The World Health Organisation warned that more than half of Europe's population will be infected with the Omicron variant in the next two months. 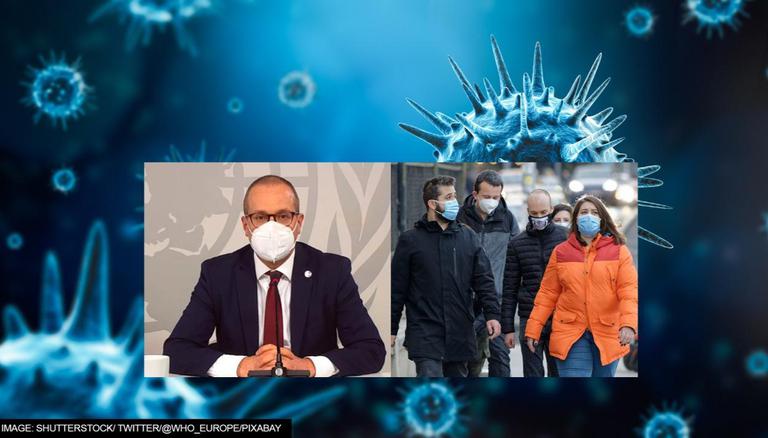 
As the Omicron variant of Coronavirus spreading thick and fast across the globe, the World Health Organisation warned that more than half of Europe's population could be infected with the new variant in the next two months. The WHO's Europe director, Hans Kluge stated that the region reported more than 7 million new cases in the first week of 2022, with more than 1% of the population in 26 countries contracting COVID-19 each week. Speaking at the virtual press briefing, Kluge informed that the variant had been detected in 50 out of Europe's 53 countries and was becoming dominant particularly in western Europe.

"At this rate, more than half of the population in the region will be infected with Omicron in the next six to eight weeks - an unprecedented scale of transmission," he stated as per The Guardian. Kluge projected that Omicron's impact would be greatest where vaccination rates were low, such as in Central and Eastern Europe. "We have yet to witness the full impact in nations with lower vaccination rates, where unvaccinated people are likely to suffer from more severe disease," he added.

🎥🔴 Watch LIVE as @hans_kluge and experts from WHO/Europe provide a situation update on #COVID19 in the European Region before answering questions from journalists https://t.co/wVgL9n3Fnk

Kluge further claimed that during Christmas week in Denmark, the hospitalisation rate for unvaccinated patients was six times higher in comparison to fully vaccinated patients. While vaccines provided "better protection" against serious disease and mortality, he warned that increased hospital admissions were putting pressure on health systems and service delivery in many countries. The WHO's Europe director added that countries that had not yet been affected by the Omicron surge should also act to protect their most vulnerable citizens and ensure all possible steps to keep healthcare and other critical services working.

READ | Omicron appears to be less severe than Delta variant but not 'mild', warns WHO chief

WHO advises countries to reassess policies for testing, isolation, and quarantine

Following proposals by various European governments to shorten isolation and quarantine periods in order to avoid the collapse of economies, Kluge stated that such steps should only be taken when it is absolutely necessary to maintain the continuity of key services. "Shorter isolation and quarantine periods should also be subjected to negative tests. All such decisions should be made after careful consideration of the risks and benefits," he remarked. To minimise disruption to learning, he also advised governments to reassess policies for testing, isolation, and quarantine of classroom contacts.