The goal of the visit, according to the statement, was to strengthen economic collaboration between Israel and the World Bank's global activities 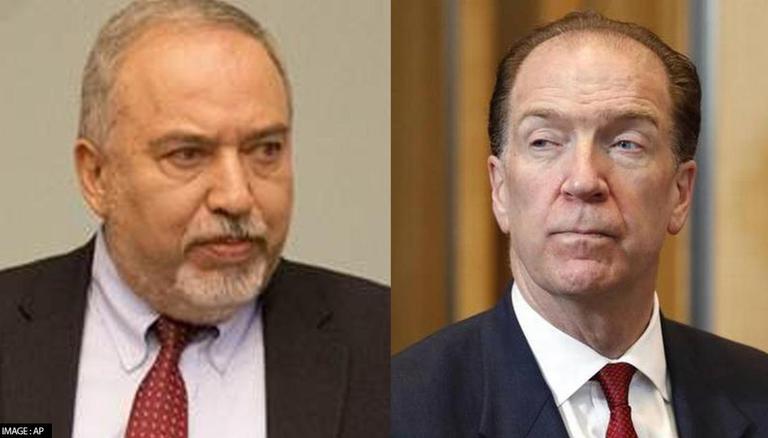 
Israel's Finance Minister Avigdor Lieberman met with World Bank Group President David Malpass in Jerusalem on October 6, as per a statement released by the Israeli Ministry of Finance. The purpose of the visit, according to the statement, was to strengthen economic collaboration between Israel and the World Bank's global pursuits.

Malpass and Lieberman talked about economic issues, Israeli-Bank cooperation, the worldwide reaction to the coronavirus outbreak, and the health of the global economy. According to Lieberman, "Israel's relationship with the World Bank is stronger than ever. For the benefit of all countries, we have committed to continue to strengthen economic cooperation, particularly in the areas of innovation and technology."

World Bank Group President Malpass is leading a high-level group to Israel that includes Ferid Belhaj, the World Bank's Vice President for the Middle East and North Africa, and Koen Davidse, the Executive Director of the Group of Arab States, of which Israel is a member. Meetings with Israeli senior government authorities and visits to start-up companies, mostly in the field of digital healthcare, are also part of the agenda for the trip.

Prime Minister Bennett emphasised the World Bank's and Israel's significant potential for collaboration. Regional issues, as well as areas of future collaboration in commerce, health, climate, energy, and water, were among the themes explored.

According to a statement released by World Bank Group, President Malpass thanked Israel for its support for the IDA20 replenishment. He emphasised the problems confronting Sudan, Jordan, and the West Bank, relying on his recent visits and the World Bank Group's activities in each.

President Malpass also underlined the World Bank Group's work on health, human capital, digitization, the COVID-19 response, and increasing access to vaccinations in developing countries throughout the MENA region and beyond. President Malpass and the authorities talked about Israel's efforts in digital health and development.

WE RECOMMEND
Israel Minister Benny Gantz in support of 'two-state' solution with Palestine: Report
Israel assures it's ready for direct talks with Palestine 'without preconditions'
Czech Republic signs $630 million deal with Israel to purchase air defense system
Tens of thousands in Gaza line up for Israeli work permits
Israeli FM Yair Lapid to embark on maiden US trip; Iran likely to be focus of discussions