An air raid alert has been declared for the entire territory of Ukraine on Sunday as the war-torn nation gears up to celebrate Christmas, reported Nexta TV. 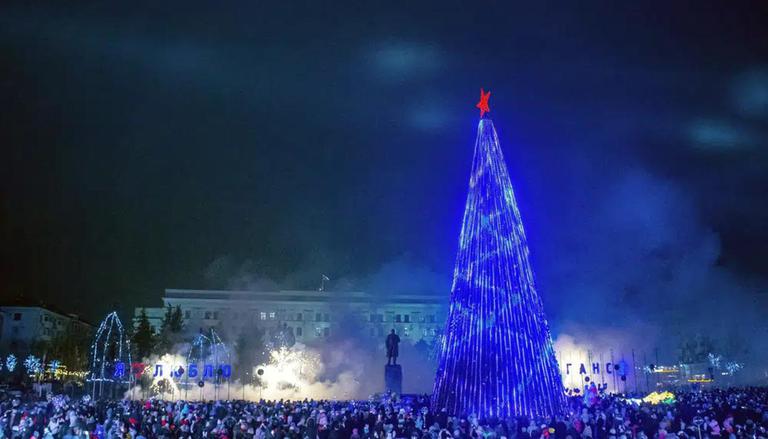 
An air raid alert has been declared for the entire territory of Ukraine on Sunday as the war-torn nation gears up to celebrate Christmas, reported Nexta TV. The news of the raids comes after several deadly missiles struck the city of Kherson on Christmas Eve killing ten people and injuring more than fifty.

According to Donetsk Oblast Governor Pavlo Kyrylenko, two people were injured in the villages of Maksymilianivka and Predtechyne, and 5 more in Bakhmut. It is to mention that both the sites are witnessing heaviest fighting amid the ongoing war.

Ukraine President Volodomyr Zelenskyy posted photos of the damage inflicted to the city, which Ukraine retook from Russia last month, on his Telegram profile, saying that this is the “real life” of Ukrainians.

Social networks will most likely mark these photos as "sensitive content" but this is not sensitive content – it is the real life of Ukraine and Ukrainians, said Zelenskyy on Telegram as he shared photos of the city of Kherson which was hit by multiple deadly strikes on Christmas Eve.

Zelenskyy called Russia a “terrorist country”  that is bringing “the Russian world in the form of shelling of the civilian population”. “The world must see and understand what absolute evil we are fighting against,” he said.

He said the areas that Russia shelled were not military facilities and it is only killing “for the sake of intimidation and pleasure.” Yaroslav Yanushevych, the governor of the Kherson region, said in televised remarks that the number of people killed in the latest shelling of the city has risen from seven to 10. He added that 55 people were wounded, 18 of them in grave condition. Yanushevych said scores of others, including a 6-year-old girl, were wounded by Russian shelling a day earlier.