Belarus has summoned the Ukrainian ambassador Igor Kizimi after Minsk reported that it has downed a Ukrainian S-300 air defence missile on Thursday. 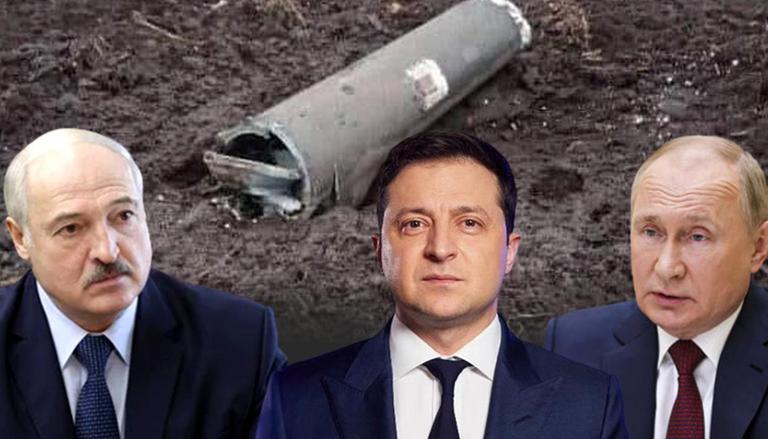 
Belarus has summoned Ukrainian ambassador Igor Kizim after Minsk reported that it has downed a Ukrainian S-300 air defence missile on Thursday. According to the Belarus Defence Ministry, the missile was shot down over the village of Gorbakha in the Ivanovo district. The debris of the missile was later found in an agricultural field near the village. While the Belarusian authorities summoned the Ukrainian ambassador on Thursday, Kyiv called the incident a “deliberate provocation” from Russia.

On Thursday, the Belarus Foreign Ministry shared a statement in which it informed that Kizim was summoned by the Belarusian administration. The statement reads, “The Ukrainian Ambassador Igor Kizim was summoned to the Ministry of Foreign Affairs, who expressed a decisive protest against the launch of the S-300 anti-aircraft guided missile in the direction of the territory of Belarus”. This foreign ministry also demanded the Ukrainian administration to conduct a thorough investigation into the incident. The ministry also urged that the culprits should be brought to justice. It further stated that “the Belarusian side demanded to immediately conduct a thorough investigation into the circumstances of the launch of the rocket, punish the guilty and take exhaustive measures to avoid similar incidents in the future, which may lead to catastrophic consequences”. The attack became a matter of concern for many since it came in the midst of the growing Russia-Ukraine war. 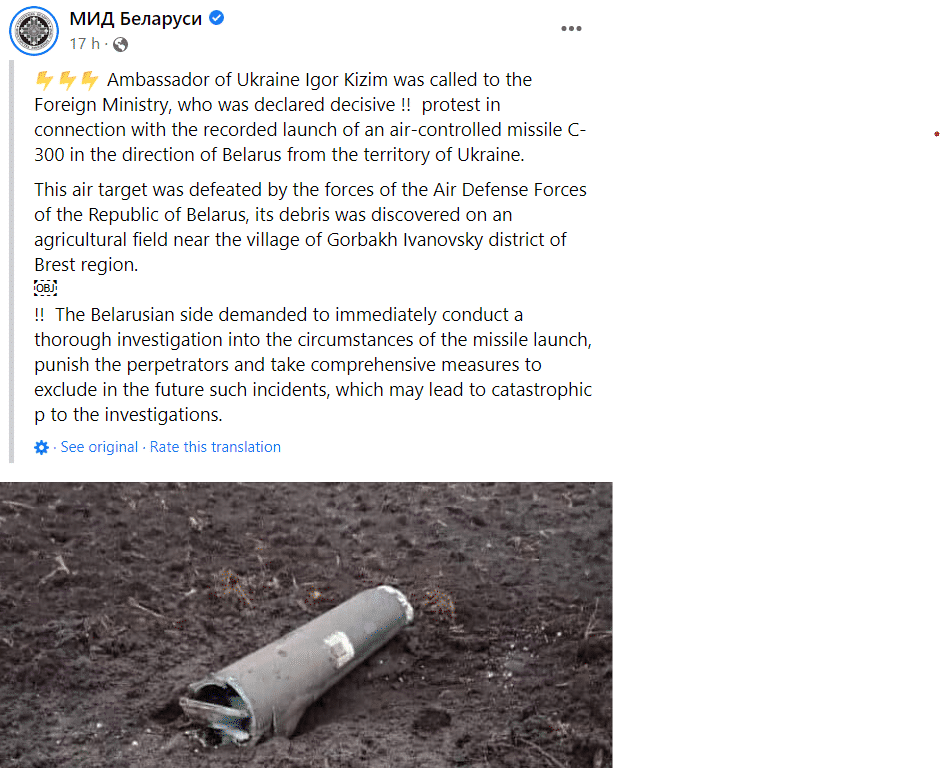 The missile hit the Belarusian Territory on Thursday, the same day Russia initiated a massive assault against the Ukrainian bloc. According to Politico, 69 missiles were fired by the Russian forces causing casualties and blackouts all over Ukraine. However, the Ukrainian Defence Ministry claimed in a statement that it has “successfully shot down 54 missiles”. In the statement, the Defence Ministry of Ukraine also responded to the assertions made by the Belarusian side and suspected the involvement of Russia in the incident.

“The Ukrainian side is aware of the Kremlin's desperate and persistent efforts to involve Belarus in its aggressive war against Ukraine. In this regard, the Ukrainian side does not rule out a deliberate provocation by the terrorist state of Russia,” as per the statement. The ministry accuses Russia and believes that Moscow “laid such a route for its cruise missiles in order to provoke their interception in the airspace over the territory of Belarus”. However, the Ukrainian side expressed their willingness to conduct a thorough investigation of the issue. While the investigation over the issue is still underway, tension is looming over both Russia and Ukraine as the war escalates.