Czech PM Petr Fiala stated that EU energy ministers will soon convene for an urgent conference to address the energy crisis caused by the Russia-Ukraine war. 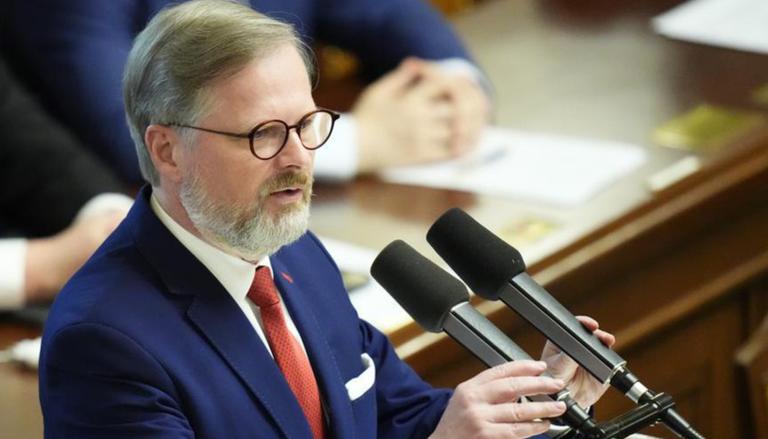 
The Prime Minister of the Czech Republic, Petr Fiala stated that European Union energy ministers will soon convene for an urgent conference to address and discuss the current energy situation caused by Russia's invasion of Ukraine. Taking to Twitter, Prime Minister Fiala said that the Czech Presidency of the Council of the European Union “will convene an urgent meeting of energy ministers to discuss specific emergency measures to address the energy situation.” Notably, the European Council is presently being chaired by the Czech Republic.

.@EU2022_CZ will convene an urgent meeting of Energy Ministers to discuss specific emergency measures to address the energy situation.

Jozef Síkela, the nation’s Minister of Industry and Trade, said, “We are in an energy war with Russia and it is damaging the whole European Union.” He had mentioned in a tweet that he would suggest calling an 'extraordinary meeting' of the EU Energy Council as soon as possible, in line with the European Commission and Prime Minister Fiala.

We are in an energy war with Russia and it is damaging the whole 🇪🇺. In agreement with the European Commission and Prime Minister @P_Fiala, I will propose to convene an extraordinary meeting of the EU Energy Council at the earliest possible date.

In the month of July, the head office of the European Union suggested that member states reduce their gas usage by 15% during the upcoming months to guarantee that any complete Russian blockade of natural gas supplies to the union won't fundamentally damage industries in the next winter.

The Commission requested the nations to impose mandatory cutbacks throughout the EU amid an EU-wide alert "when there is a substantial risk of a severe gas shortage or an exceptionally high demand for gas occurs, which results in a significant deterioration of the gas supply situation," even though the preliminary deductions would be voluntary.

Ursula von der Leyen, President of the European Commission, claimed, "Russia is blackmailing us. Russia is using energy as a weapon." Therefore, as per her, Europe must be prepared for any scenario, whether it involves a partial or complete shutdown of Russian gas.

The EU’s recommendation came at a time the International Monetary Fund, in a blog post, cautioned about the influence Russian President Vladimir Putin may have by weaponising energy exports and cutting off the 27-nation bloc. The IMF noted, “The partial shutoff of gas deliveries is already affecting European growth, and a full shutdown could be substantially more severe”, The Associated Press reported. It also noted that the GDP of members like Hungary, Slovakia, and the Czech Republic would decline by as much as 6%.

Additionally, the EU has agreed with the prohibitions on most Russian oil and coal to go into force later this year after Russia invaded Ukraine, however, natural gas has been left out since the 27-nation union relies on gas to run companies, produce electricity, and heat homes.