Differences Over Ukraine Crisis Will Have No Impact On India-Europe Ties: German Envoy

The differences between Europe and India over the Russian attack on Ukraine will not impact the ties between the two sides, outgoing German Ambassador Walter J Lindner said on Wednesday. 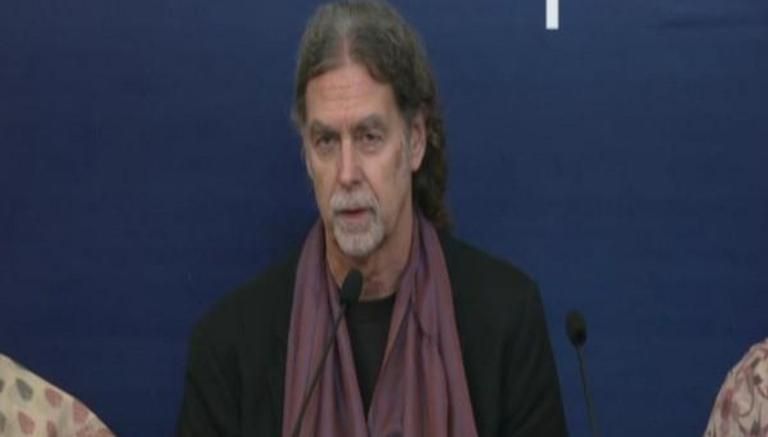 
The differences between Europe and India over the Russian attack on Ukraine will not impact the ties between the two sides, outgoing German Ambassador Walter J Lindner said on Wednesday.

At the same time, the envoy said allowing an "aggressor" like Russian President Vladimir Putin not to face consequences for Moscow's invasion of Ukraine could make other countries having troubled neighbourhoods suffer in the future.

When asked at a media briefing whether he was referring to China in the context of India's neighbourhood, the German ambassador did not clearly specify, but insisted that every country should stand up against the Russian invasion to avoid similar situations in other parts of the world.

He replied in the negative when asked whether the differences between India and European countries over the Ukraine crisis will impact the ties between the two sides.

"No. On the contrary, I think what Putin's war has shown is that we need friends, we need allies and people and countries who share values like democracy and freedom of movement...because of these kinds of things (the Ukraine crisis), we see more push towards the EU-India free-trade agreement for example," Lindner said.

The European Union (EU) has been severely critical of the Russian invasion and has imposed a series of crippling economic sanctions against Moscow for its attack on Ukraine.

India is yet to condemn the Russian attack on Ukraine and has been pressing for an immediate cessation of violence and a resolution of the crisis through diplomacy and dialogue.

Lindner said Germany has never "really pressured" India over its position on the Ukraine conflict, adding that the European countries have tried to put across their view to New Delhi that the Russian attack could have consequences for other countries that have border disputes.

"We also understand India's position.... We never really pressured India on that. What we wanted to get across is the simple fact that there is a danger in principle that if you allow an aggressor -- in this case, Putin's war -- to attack and assault its neighbouring country, violating the sovereignty and all the norms without consequences, then we are in trouble in the future because there are so many nations which have border disputes or some kind of hiccups with neighbours," he said.

Lindner said Putin, while deciding to attack Ukraine, made several errors in his overall calculations, including thinking that the east European country would give up within weeks and that the western countries and the NATO were divided.

The envoy said there is an understanding of India's position on the Ukraine crisis in Europe and that New Delhi's voting pattern at the United Nations on the Russian aggression will have no influence on the EU's ties with India.

India had abstained from voting on UN resolutions against the Russian attack.

The German ambassador said there was an expectation that India would have been more clear on the condemnation of the Russian aggression, but added that "we understand India's position as every country has a different history and neighbourhood".

"There are so many nations in the globe which have border disputes and some kind of hiccups with the neighbours. I am not going into details about who could that be for India. The fact is that if this is allowed, then who is the next?" the envoy asked.

He said if Russia is not stopped, "every future aggressor will then say we just followed Putin's example".

"It is time to say stop to Russia by everyone in the world who has any influence on Putin," Lindner said.

The envoy said every country in the world should be aware of the consequences of the invasion and that such behaviour should not be pardoned.

Talking about India, he highlighted the country's diversity and said former German chancellor Angela Merkel used to ask Prime Minister Narendra Modi how did he manage to run such a big country.