Amid Russia Ukraine war, Mariupol City Council claimed that the EU will assist in the reconstruction of the city in the Donetsk region after it is liberated. 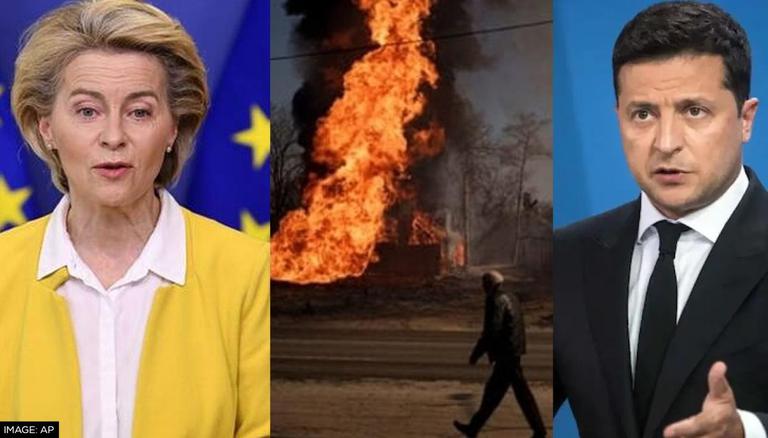 
As the ravaging Russia-Ukraine war in Eastern Europe has reached its 107th day, the Mariupol City Council claimed that the European Union will assist in the reconstruction of the city in the Donetsk region after it is freed from Russian aggression.

Furthermore, the city will be rebuilt in accordance with the New European Bauhaus - a creative effort that integrates the European Green Deal into living spaces.

In addition to this, Vadym Boychenko, the mayor of Mariupol, remarked that they have not wasted their time, and they have already started working on a large-scale plan to rebuild Mariupol.

He added, “The occupiers have shown the power of destruction, and we with the support of all countries of the civilized world will show the power of development, unity and solidarity,” Ukrinform reported. He further asserted, “Mariupol is a city of heroes, an example of resilience and struggle, and it deserves to become a symbol of the revival of peace".

As per Ukrinform, European Commission President Von der Leyen noted, “We must do so and we will do it because it is our moral obligation."

Mariupol is currently without electricity, water or gas

Mariupol, which has been temporarily occupied by the invading Russians, is experiencing one of the worst humanitarian crises the country has ever seen. The enemy's bombardment almost entirely destroyed the city. Mariupol is currently without electricity, water or gas.

Apart from this, in its most recent report, the United Kingdom Ministry of Defence cautioned that there is a danger of cholera breakout in Mariupol, citing the city's dismal sanitation state. While there have been reports of clustering cases, the danger is elevated because of the occupier's inability to offer proper healthcare to individuals in need.

Find out more about the UK government's response: https://t.co/eMOeSJOmbI