European Court of Human Rights (ECHR) has decided to intervene in the death sentence handed to a Morrocan man alongside two Britons for fighting against Russia. 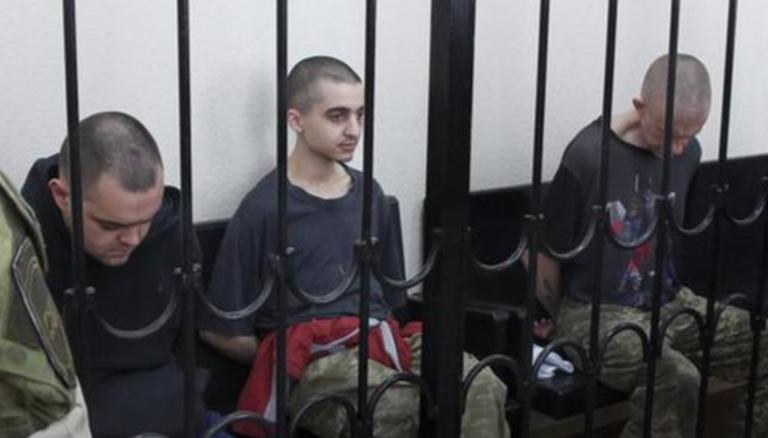 
The European Court of Human Rights (ECHR) has decided to intervene in the death sentence handed to a Morrocan man alongside two Britons for fighting in the Ukrainian army. In a statement on Thursday, the court said that it will indicate to Russian President Vladimir Putin’s government to not carry out the sentence imposed on Brahim Saadoune. The Moroccan man was sentenced to death by a court in Donetsk People’s Republic (DPR) ruled by pro-Russia separatists, on the same day as UK’s Shaun Pinner and Aiden Aslin.

While ECHR intervened in the sentencing of Saadoune, it still remains unclear if Pinner and Aslin made requests to the Strasbourg-based court. The men were convicted for fighting against the Russian army by the court in the self-proclaimed Donetsk People’s Republic. Britain has argued that Aslin and Pinner were members of the Ukrainian army for a long time but DPR authorities have labelled the men as mercenaries.

Saadoune arrived in Ukraine in 2019 to study

On June 16, ECHR said that Saadoune is a Moroccan citizen who was born in 2000 and moved to Ukraine in 2019 to study in Kyiv. The European Court went on to say that in November 2021, the Moroccan citizen left Kyiv for military training and was then eventually deployed to join the 36th detached marine brigade of the armed forces of Ukraine in Mariupol. ECHR noted that Saadoune was sentenced to death by “DPR court” on June 9 along with the two British nationals.

READ | Jinping during birthday call with Putin promises to back Russia on 'sovereignty, security'

Saadoune’s representative had made the request to the European court on June 14 under the Rule 39 to ensure his convention rights. Following this, on Thursday, the ECHR made a request to the Russian government to provide information in two weeks to show which actions it has taken to ensure that  Saadoun’s rights are upheld.  It is to note here that after Russia was excluded from the Council of Europe on March 16, the country still remains under the European Convention on Human Rights until September 16.

Meanwhile, both Britons have at least a month to appeal and if that fails and they are not exchanged for prisoners, Russia warns they could face a firing squad. However, the greater possibility is that Aslin and Pinner are involved in a prisoner swap especially because pro-Russia Ukrainian oligarch Viktor Medvedchuk, who has been detained in Ukraine, is a close ally and friend of Russian President Vladimir Putin.

READ | 'US is there for India': Ned Price on US’ take on country's relationship with Russia