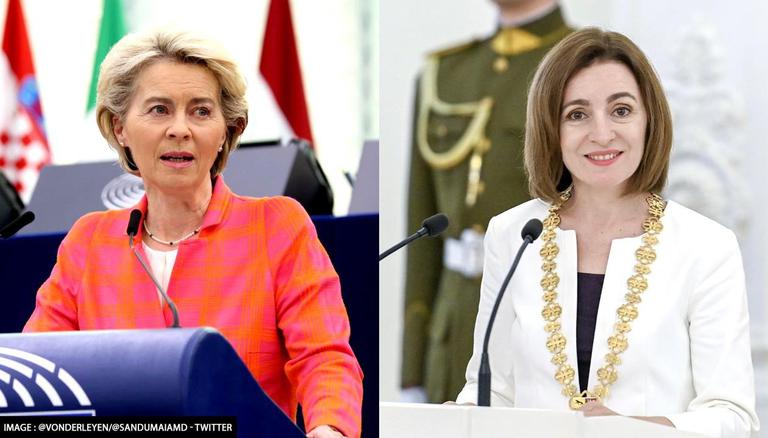 
The European Union has announced a hub in Moldova to tackle organised crime, particularly arms smuggling from neighbouring Ukraine, The Defence Post reported, citing an official. The EU Home Affairs Commissioner Ylva Johansson informed about the 27-member bloc's Support Hub for Internal Security and Border Management during a meeting of EU interior ministers in Prague. During the meeting, the EU leaders discussed the danger posed by weapons, including those given by the West which are being illegally moved out of Ukraine and provided to crime gangs in Europe.

The EU Home Affairs Commissioner Ylva Johansson has said that they have issues with "firearms being trafficked" from Ukraine as they have experienced it during the war in "former Yugoslavia." According to Johansson, the smuggled weapons could end up in the hands of criminal networks of the European Union, as per The Defence Post report. He asserted that the hub will act as a "one-stop shop" that would help the EU's Agency for Law Enforcement Cooperation, Europol, and the EU's border guard agency, Frontex, in border management and finding out about the trafficking of firearms. Apart from this, the hub will be developed to tackle human trafficking.

Aija Kalnaja, the interim head of Frontex, stressed that the hub is being created in Moldova as the trafficking of weapons could "mostly" arrive in this country. Meanwhile, Swedish Migration Minister Anders Ygeman has said that most of the weapons sent to Ukraine will remain with Ukrainian forces and stressed that a "limited number of weapons" used in the war could "later on" end up in the hands of organised criminals. Anders Ygeman emphasised that they need to take steps to have control over weapons flow after the war between Russia and Ukraine ends. The development comes as the war between Russia and Ukraine continues for more than 130 days.

Earlier in June, Interpol Secretary-General, Jurgen Stock, said that weapons given to Ukraine will reach a global hidden economy and criminals after the war between Russia and Ukraine, The Guardian reported. He asserted that the gun and heavy arms will arrive in the international market after the Russia-Ukraine war concludes.

READ | Russia may seize assets of at least 47 biggest companies of the world: Report

He called on Interpol's member states to work in cooperation on finding arms. As per The Defence Post report, Stock stressed that the criminal groups try to "exploit" the "chaotic situations" and weapons used by forces will be available in the criminal market and could result in a "challenge."