Putin ally Dmitry Medvedev took to his Telegram channel and warned NATO on Thursday that a defeat for Russia would result in a 'nuclear war'. 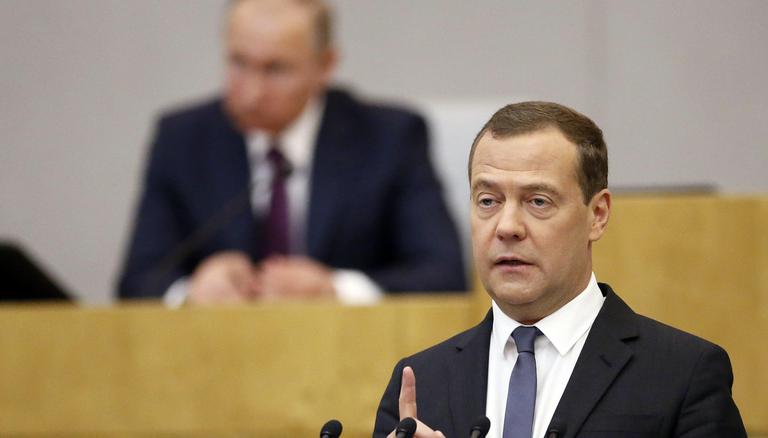 
Russian President Vladimir Putin's ally Dmitry Medvedev has made yet another remark regarding the ongoing Russian invasion of Ukraine and this time he has highlighted the term 'nuclear war'. Medvedev has been advocating for the country since it launched its so-called 'military operation' in Ukraine in February last year.

Medvedev who has also served as the Russian head of state took to his Telegram channel and criticised the ongoing training of Ukrainian soldiers at NATO's Ramstein base in Germany. He mocked the NATO military leaders saying that they were "under-developed" and said that they only had one 'mantra' which was - "To achieve peace, Russia must lose". He then reiterated that Russia being a nuclear power would mean that if it lost its war in Ukraine then that would "provoke the outbreak of a nuclear war".

"Tomorrow, at NATO's Ramstein base, the great military leaders will discuss new tactics and strategies, as well as the supply of new heavy weapons and strike systems to Ukraine. And this was right after the forum in Davos, where underdeveloped political party-goers repeated like a mantra: "To achieve peace, Russia must lose," wrote Medvedev on Telegram. "And it never occurs to any of the poor to draw the following elementary conclusion from this: the loss of a nuclear power in a conventional war can provoke the outbreak of a nuclear war. The nuclear powers did not lose major conflicts on which their fate depends," Medvedev said, who served as president from 2008 to 2012. "But this should be obvious to anyone. Even to a Western politician who has retained at least some trace of intelligence," he concluded.

Patriarch Kirill, the head of the Russian Orthodox Church also striked a similar tone in a sermon, saying, "We pray to the Lord that he brings the madmen to reason and help them understand that any desire to destroy Russia will mean the end of the world." "Today is an alarming time," state news agency RIA quoted him as saying. "But we believe that the Lord will not leave Russian land,"he concluded.

READ | 'Russia entitled to do whatever...': Dmitry Medvedev on Defence & Western Sanctions

Russia and the US are by far the largest nuclear powers as they hold around 90% of the world's nuclear warheads. The Kremlin however has time and again reiterated that Medvedev's frequent remarks about nuclear war do not refer precisely to a dirty war. Asked if Medvedev's remarks signified that Russia was escalating the crisis to a new level, Kremlin spokesman Dmitry Peskov said, "No, it absolutely does not mean that." He said Medvedev's remarks were in full accordance with Russia's nuclear doctrine which allows for a nuclear strike after "aggression against the Russian Federation with conventional weapons when the very existence of the state is threatened".