Former Ukrainian President Viktor Yanukovych has written a six-page statement, advising Ukrainians to not rely on the West, but to negotiate with Russia. 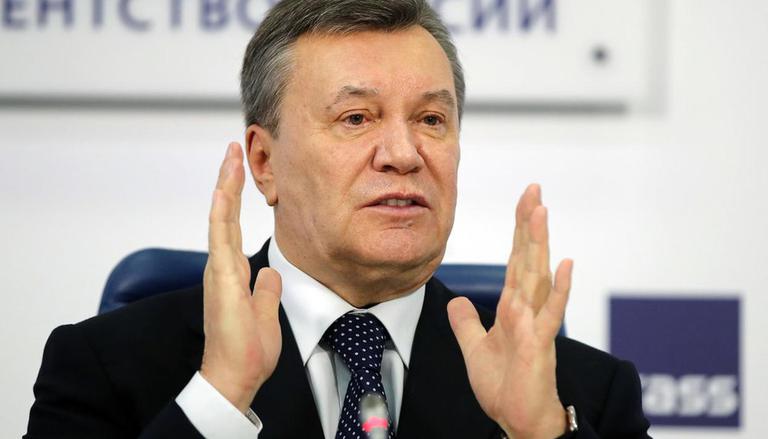 
Former Ukrainian President Viktor Yanukovych has written a six-page statement, advising Ukrainians to not rely on the West, but to negotiate with Russia. While Zelenskyy's administration remains firm on its stance, Yanukovych hinted at accepting the Kremlin's demands so as to end the ongoing conflict that has now resulted in thousands of casualties. Notably, the ex-Ukrainian president also accused Kyiv's ally Poland of using the opportunity and attempting to annex the western part of the country.

Yanukovych's remarks come days after former US State Secretary Henry Kissinger said that the President Volodymyr Zelenskyy-led administration should concede territories to Russia and end the ongoing war. Speaking at the World Economic Forum in Davos, the 98-year-old warned that a “humiliating defeat” of Russian troops could trigger even more devastation. His remarks, however, were rejected by his successor and incumbent president Zelenskyy, who has, time and again, reiterated that he would not give even an inch of his country’s territory to Russian President Vladimir Putin's forces.

“Negotiations need to begin in the next two months before it creates upheavals and tensions that will not be easily overcome. Ideally, the dividing line should be a return to the status quo ante," Kissinger said. By ‘status quo ante’, he meant how things were before February 24. He further added, “Pursuing the war beyond that point would not be about the freedom of Ukraine, but a new war against Russia itself."

Before Russia's "special military operation" began, the Kremlin had administrative control over the Crimean peninsula and indirectly governed the territories of Donetsk and Luhansk through their separatist governments. However, as the Russia-Ukraine war continues to spiral, Zelenskyy has touted that whole of the “Donbass will be Ukrainian'. In addition, the Ukrainian President also slammed the idea of conceding territories saying that idea was similar to attempts to appease Nazi Germany in 1938.

WE RECOMMEND
Is putting Yanukovych in as puppet going to work? Will Ukrainians accept him?
Russia brings ex-Ukraine Prez to Minsk talks; Putin wants him to replace Zelensky: Reports
Russia-Ukraine war: Ukraine's EU bid won't be finalised for 15- 20 yrs, says France
Who is Viktor Yanukovych & why is Russia eager to replace Zelenskyy with a fugitive Prez?
Ex-Ukraine President Yanukovych asks Zelensky to 'overcome pride' and stop war with Russia