"I first met Putin in 2006 at the Kremlin, when I was still Chancellor…and I was put in a very low seat so that I was looking up at him," ex UK PM said. 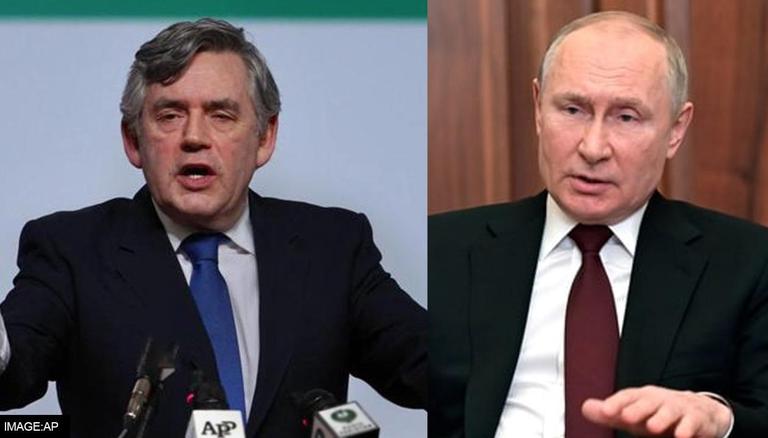 
Former Prime Minister of United Kingdom (UK) Gordon Brown on Sunday claimed that he was humiliated and felt threatened by Russia's authoritarian leader Vladimir Putin during a trip to Moscow in 2006. In a shocking claim, Brown, who met Vladimir Putin in 2006, revealed that he was apparently left "unnerved by the tyrant" and was left in "no illusions" as to what the character of Russia's president is like. Gordon Brown was a Chancellor under Tony Blair for a decade from 1997 and later became the UK PM for three years.

In order to make his British visitor feel insecure, Putin, 69, took out a number of cards and read out information that unsettled the former UK Prime Minister. The former UK leader then iterated that the West had  ‘failed’ to stand up to the Russian President for years before his troops invaded Ukraine. Former KGB agent Putin had left the New Labour heavyweight with the harrowing experience, he told UK's newspaper Telegraph.

"I first met Putin in 2006 at the Kremlin, when I was still Chancellor…and I was put in a very low seat so that I was looking up at him," Former Prime Minister of UK Gordon Brown told the paper.

"Anyway, that day he took out these index cards, and proceeded to read out all this information he had about me, as though he wanted to prove that he knew more about me than I knew about myself," he continued.

"So when people say that Putin’s changed and is only now threatening, I can tell you that he was threatening me even then."

Chancellor of the Exchequer, Brown went on to add that he was put in a very low seat by Russia's president Putin, adding that he was almost "was looking up at him." brown furthermore berated Putin, saying, "he’s certainly a relatively small man [ 5ft 7ins], and he wears these stacked heels." Russian leader, said ex UK PM, wanted to prove "he knew more about me than I knew about myself."

Putin only responds to "an uncompromising and unyielding show of strength" Brown revealed, and that the only thing Russian leader understands is "strength". he will exploit weakness, and he’s opportunistic to the nth degree, the ex British head of state iterated. The former Prime Minister of UK also told BBC's Sunday Morning show that there had been "global disunity" in being able to sanction Russian Federation. He applauded the 'NATO unity' as he derided the divide in coordinating sanctions, accusing "some countries" who are just not prepared to do it.

"What we've also seen is global disunity - 82 countries refuse to support the action against Russia for its breach of human liberties, 150 countries around the world are not imposing sanctions, so we have global disunity," said Chancellor of the Exchequer, Brown.