France on Friday blasted Russia for the "sham trial" that handed death sentence to three foreign nationals in a pro-Russian court of Donetsk People's Republic. 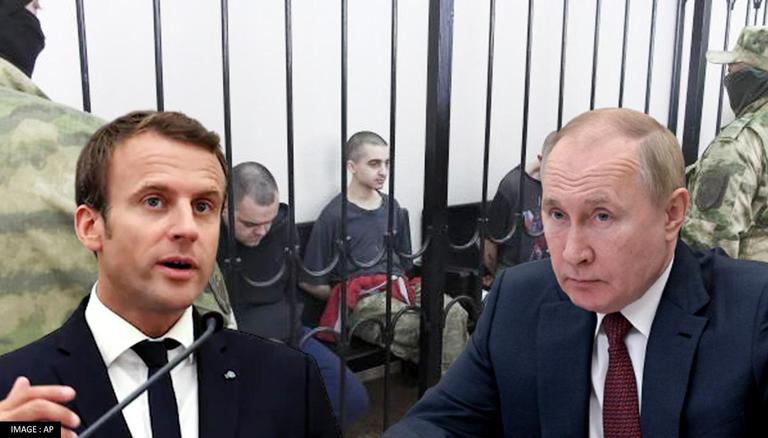 
France on Friday blasted Russia for the "sham trial" that handed death sentences to three foreign nationals in a pro-Russian court of Donetsk People's Republic (DPR). In a statement, the French Foreign Ministry expressed "deep concern" over the conviction of three men who volunteered to fight for Ukraine in the war against Russia. Describing the two-day running trial on the trio as a "sham", Paris also called on Russia to "treat them under respect for international humanitarian law," CNN reported.

France also urged Russia and its "proxies in Ukraine to respect their obligations in this regard." The statement comes after two Britons-Aiden Aslin, Shaun Pinner, and a Moroccan student Saaudun Brahim were convicted of participating in the Russian war as "mercenaries" and "committing actions aimed at seizing power and overthrowing the constitutional order." The Russian-inclined court pronounced the death sentence for the trio on June 9. The issue has sparked outrage on an international level.

The United Nations on Friday voiced "deep concern" over the issue and called the trials "unfair". UN Human Rights chief Michelle Bachelet's office said the court did not meet the international essentials for a fair hearing. In a statement, the spokesperson for Bachelet, Ravina Shamdasni stated that trials in such circumstances against prisoners of war "amounted to war crimes."

According to the chief command of Ukraine, all the men were part of the Ukrainian armed forces. "If that is the case, they should not be considered mercenaries," Shamdasani said in her statement. The UN human rights spokesperson further informed that there were reports that proved the so-called judiciary in these self-proclaimed republics has not complied with essential fair trial guarantees. "Such trials against prisoners of war amount to a war crime," Shamdasni noted.

British Foreign Secretary Elizabeth Truss, on Thursday also condemned the sentencing saying that the court's judgement was a "sham." In a Twitter post, Truss wrote: "I utterly condemn the sentencing of Aiden Aslin and Shaun Pinner held by Russian proxies in eastern Ukraine. They are prisoners of war. This is a sham judgment with absolutely no legitimacy. My thoughts are with the families. We continue to do everything we can to support them."

The top British diplomat later said that she will hold talks with her Ukrainian counterpart Dmytro Kuleba over the unjust sentencing of the civilian soldiers, BBC reported. The report said that both British citizens were already staying in Ukraine when the Russian war began on February 24. In response, Ukraine's Foreign Ministry also termed the Russian-inclined verdict "miserable." In a statement, Ukrainian Prosecutor-General Iryna Venediktova said that Kyiv will take all measures to release the defenders of the country.