Regarding Germany's position on the Russia-Ukraine situation, Walter J Lindner asserted that Berlin's stand is the same as other European countries for Ukraine. 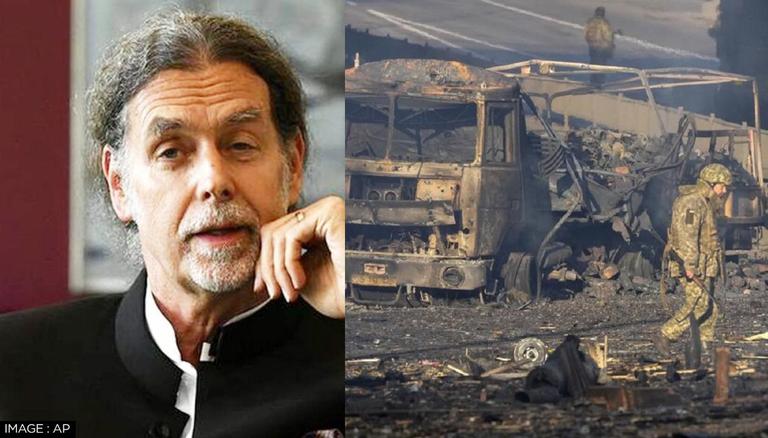 
As Russia's unprovoked aggression continues in Ukraine, German Ambassador to India, Walter J Lindner on Sunday asserted that India has "excellent diplomatic service" and stressed that the diplomats know what to do regarding India's stance on the Russia-Ukraine situation. Speaking to ANI, Lindner stated that seeing the world order, everyone needs to "stand together" against Russia's offensive. Lindner also called the Ukraine situation "terrible" and emphasized that Russian President Vladimir Putin needs to stop.

"India has excellent diplomatic service, they know what to do... It's not about Ukraine or the EU, it is about the global world order...We all have to stand together against it," Walter J Lindner told ANI.

Regarding Germany's stance on the Russia-Ukraine situation, Walter J Lindner asserted that Berlin's stand is the same as its European counterparts, siding with Ukraine's refugees and supporting sanctions against Russia. He further insisted that the doors of Germany are open for whoever wants to avoid war. Lindner also noted that they depend a lot on Russian gas, adding that they, however, have reduced the use and even stopped the pipeline coming from Russia. Lindner further stressed that the ongoing situation in Ukraine has led to millions of people taking refuge in other nations and pointed out that United Nations has confirmed that 1.5 million people have fled Ukraine.

This is a terrible situation, he (Putin) has to stop. Our stand is the same as other European countries (on Ukraine's refugees).Germany is strongly taking part in packages of sanctions.We had quite a lot of dependencies on Russian gas but we've reduced it: German Envoy to India

Russian President lied from day one: German Ambassador to India

Speaking on Russia's military action against Ukraine, German Ambassador to India, Walter J Lindner rebuked Russian President Vladimir Putin and added that he had been lying from day one as he insisted that the military build-up near the border was "just a manoeuvre." Lindner added that Russia had mentioned that they were not invading and rescuing Russian speaking people, however, Putin "is bombarding everyone" and "they shell everyone, day and night." Stressing that NATO is a defence alliance and they have never attacked anyone, he added that Russia is attacking nuclear plants and attempting to crackdown on the media.

"You have to ask this to Russian President Vladimir Putin, as he had from Day One started to lie saying that the military buildup was just a manoeuvre. He said that he is not invading, just rescuing the Russian speaking people there. He is bombarding everyone, then he says our people are peacekeepers and what do they do? They shell everyone, day and night, seven days a week. From the word go, he was lying," Walter J Lindner told ANI.

It is pertinent to note that on March 4, German Chancellor Olaf Scholz held a telephonic conversation with Russian President Vladimir Putin. During the conversation, the two leaders discussed the developments in Ukraine, according to the statement released by the Kremlin. In the telephonic conversation, Putin elaborated on Russia's approach of a special military operation to protect the people of Donbass. While talking to Putin, Scholz raised concern over reports of civilian and military casualties. According to the Kremlin statement, Putin alleged that Western allies "shut their eyes to the genocide of people of the Donbass republics perpetrated by the Kiev regime." Putin urged Scholz to force the Kyiv authorities to release foreign nationals at the earliest and organise their safe evacuation. Furthermore, the Russian President reaffirmed that Russia is open to talks with Ukraine on the condition that the demands of Moscow are fulfilled.