A video has gone viral which shows how an iPhone saved the life of a soldier. The clip shared on Reddit shows a soldier pulling out his iPhone from his bag. 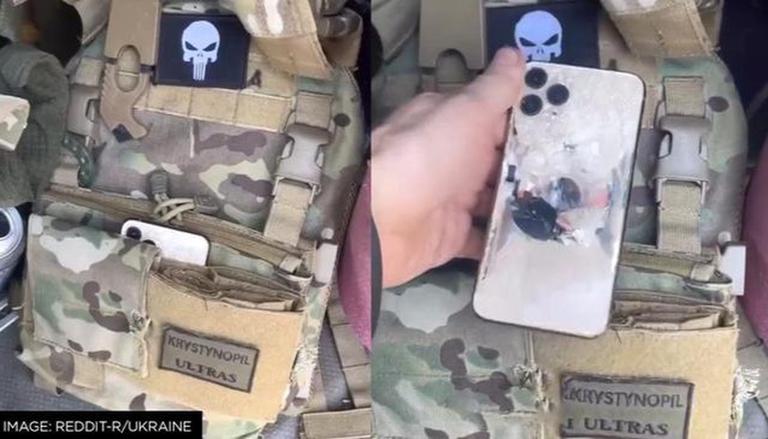 
Amid the ongoing war between Russia and Ukraine, a video has gone viral which shows how an Apple iPhone saved a life of a soldier from a bullet. The clip shared on Reddit shows a soldier pulling out his iPhone from his backpack. In the video, the iPhone has been fully damaged with a bullet stuck inside.

According to the caption shared alongside the clip on Reddit, a Ukrainian soldier was shielded from the bullet due to the iPhone. No more details regarding the incident have been shared in the video. The video has garnered the attention of netizens who could not stop themselves from reacting to the incident. Watch the video here:

iPhone saved the life of a Ukrainian soldier. Maybe it's after such videos that Russians, instead of plate carriers, put Macbooks in their bulletproof vests? from ukraine

The video, since being shared, has gathered 98% upvotes and more than 200 comments. One user joked, "An Apple a day keeps the doctor away!" Another user wrote, "The guy still has a plate behind the phone so the bullet would still have not got him. Although thanks to the phone, the plates integrity has not been compromised so that's a MAJOR plus seeing as their armed forces are short on body armor." A third user commented, "It’s still impressive that the round didn’t penetrate the iPhone case. It just deformed it." Another netizen wrote, "Write to Apple. Maybe they will be good and send you a new one."

READ | Communities in east Ukraine live every day at war 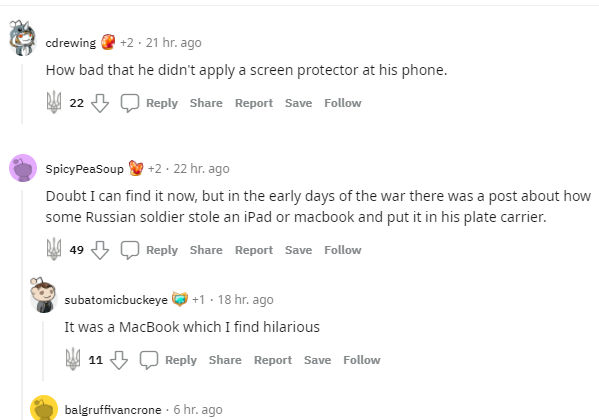 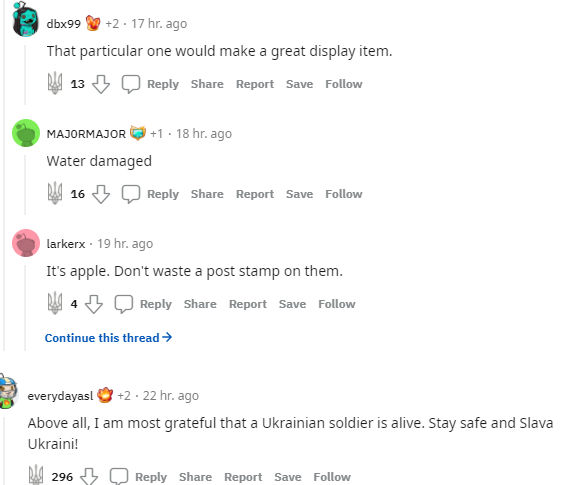 Meanwhile, Russian Defence Minister Sergei Shoigu has ordered forces of Moscow to "intensify" the actions in operational areas to stop Ukrainian troops from launching rocket and artillery strikes on civilian infrastructure and people in Donbass and other regions, according to AP. Ukrainian police has said that at least three people were killed and three others were wounded in the Russian strike on Chuhuiv city in Kharkiv region.

Meanwhile, Sumy Governor claimed that one person was killed and seven others were wounded due to Russian mortar and artillery firing in towns and villages near Russia's border on Saturday, as per the report. Amid the war, the British Defence Ministry on Sunday, July 17, said that Russian forces were moving their troops, equipment and defensive stores between the regions of Mariupol, Zaporizhzhia and Kherson. It further stated that Russian forces have been reinforcing defensive positions in captured parts of southern Ukraine.