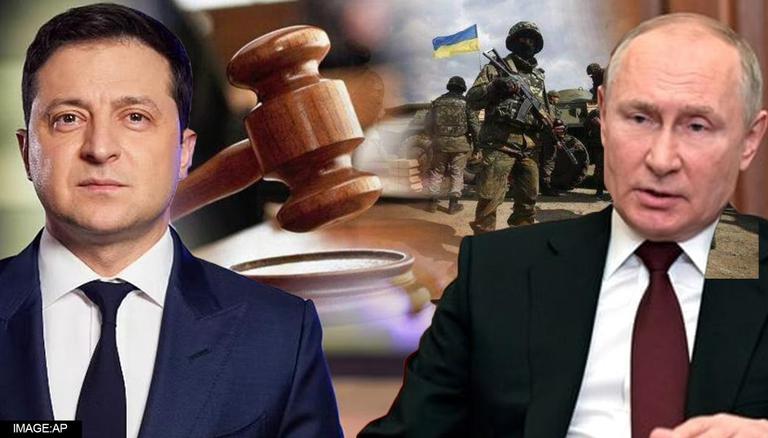 
Amid the raging Russia-Ukraine war, the Institute for Study of War (ISW) on Sunday claimed that Russian authorities are awaiting the opportunity to conduct "sham war trials" in order to punish arrested Ukrainian soldiers. Citing the UK Defence Ministry, the report claimed that Moscow is willing to opt for legal means to sentence Ukrainian military dissenters and those who hindered mobilisation. "The UK MoD reported June 19 that Russian authorities are struggling to find punitive measures against ...those who refuse to mobilise because the classification of the conflict in Ukraine as a 'special operation' preclude legal punitive measures that could be employed during a formal war."

Citing Russian sources, the ISW also claimed that Moscow-appointed authorities in Donetsk People's Republic (DPR) are planning to hold war crime tribunals until the end of August 2022. The trials will be judged in compliance with the DPR legislation that allows capital punishment, unlike Ukrainian laws. At least one of these tribunals will be held in Mariupol.

"The trials are a sham attempt to try lawful prisoners of war as war criminals and support the Kremlin’s false framing of its unprovoked invasion of Ukraine as a ”de-Nazification” operation," the ISW report stated.

However, on Sunday, a senior administrative official told Russian state-owned news agency Tass News, that the Deputy Commander of Azov Regiment Svyatoslav Palamar and Commander of the 36th Marine Brigade Serhiy Volynsky were transferred to Russia for their trial. Special forces moved them from Donetsk to Moscow for "investigative activities with them," the Russian law enforcement officer told Tass under conditions of anonymity. Other officers of various units were also transported to Russia, he added.

The UK Ministry of Defense assesses that the #Kremlin’s continued framing of its invasion of #Ukraine as a “special military operation” rather than a war is actively hindering #Russian force generation capabilities.

On the 117th day of the war, the Russian troops have focused on gaining momentum in the east of Ukraine - where Moscow claims the Kyiv regime has conducted a "genocide" of pro-Russian civilians for eight years. However, in its Sunday report, ISW claimed that Russian invaders could conduct "false-flag" bombings to negatively influence the Ukrainian sentiments and encourage the movement of "proxy forces." On the other hand, the ISW also warned that Russian troops were shifting to strengthening defensive positions along the Southern Axis due to recent "unsuccessful Ukrainian counterattacks" along Kherson-Mykolaiv Oblasts. However, impactful resistance in Zaporizhzhia by Ukrainian forces pushed Russian troops to call for reinforcement on weakened frontlines.