Lithuania has prohibited the Russian Orthodox Church, Patriarch Kirill, from entering the country for his alleged support of the ongoing war in Ukraine. 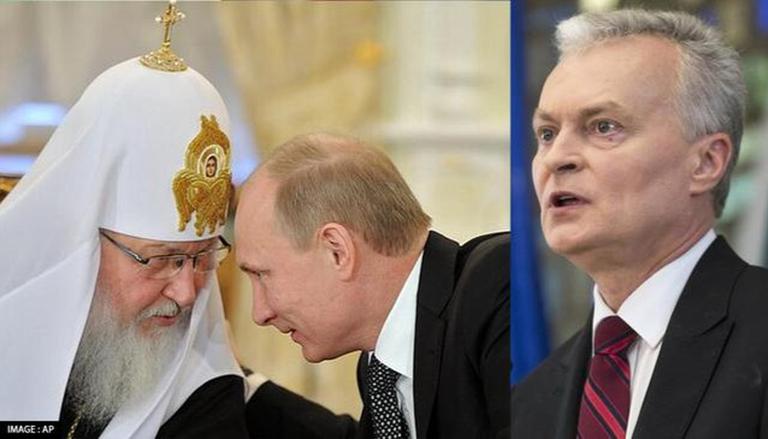 
In a recent development, the Lithuanian government has prohibited the Russian Orthodox Church, Patriarch Kirill, from entering the country for his alleged support of the ongoing war in Ukraine. According to reports, the sanction was imposed on the clergyman on Jun 23, but it was not announced since then. The Lithuanian government decided after taking into account the proposal of the Ministry of Foreign Affairs. The country's Internal Affairs Ministry claimed that Patriarch Kirill has been banned because he openly opposes Ukraine's territorial integrity and sovereignty, defends, and supports Russia's aggressive acts, which flagrantly breach the norms and principles of international law.

"Patriarch Kirill, a close associate of Russian President Vladimir Putin, is one of the most active supporters of the war against Ukraine, who has repeatedly publicly spoken positively about ongoing Moscow's aggression," the ministry said in a statement, LRT reported. The ministry further stated that Patriarch Kirill publicly refers to the Ukrainian people as "participants of the Nazi government" who ought to be exiled or annihilated.

According to the Lithuanian Internal Affairs Ministry, Patriarch Kirill, on February 27, also bestowed his blessings upon Russian soldiers fighting in Ukraine and provided a canonical explanation for Russia's involvement in that conflict. The Patriarch of Moscow has been banned from entering Lithuania till June 23, 2027. Meanwhile, the Lithuanian bishop stated that he has notified Kirill of the Orthodox Church leaders' opposition to Russia's invasion of Ukraine. According to reports, bishops, clergy, and all believers were exhorted by the Russian Orthodox Church to uphold the church's unity and to pray for the return of peace in Ukraine.

Lithuanian President Gitanas Nauseda has said that his country has made a lot of efforts to be more resistant to Russia's energy and "economic blackmail". He said that Lithuania has cut energy ties with Russia and refused to buy gas, oil and electricity, LRT reported. Further, he also urged other European nations to terminate energy ties with Russia in the wake of its invasion of Ukraine. Notably, EU nations have been working to reduce dependency on Russian energy imports ever since Moscow launched a military offensive in Ukraine.