Luhansk regional military governor claimed it was not possible to evacuate the civilians and troops trapped inside the Azot chemical plant in Severodonetsk. 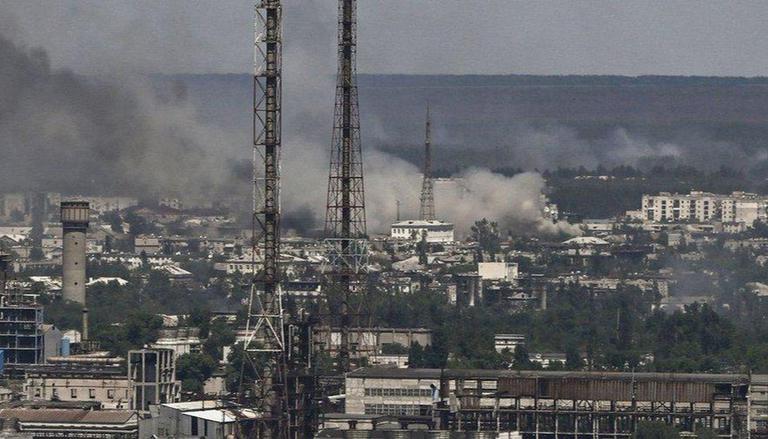 
Amid fierce warfare in Ukraine, Luhansk regional military governor claimed it was not possible to evacuate the civilians and troops trapped inside the Azot chemical plant in Severodonetsk. While speaking to CNN, governor Serhiy Hayday said that the chances of being killed were more than 99%, adding some who tried to leave the place amid frustration were killed by the Russian forces. "It is impossible to get out of there now. I mean, it is physically possible, but it is very dangerous due to constant shelling and fighting," Hayday said.

"If someone went out, they would have a 99% chance of dying," he added.

According to the Luhansk governor, more than 565 people including 38 children have been currently staying in the plant. He stressed that the stock of food and water were not resupplied in the last two weeks. Hayday told CNN that 568 people, including 38 children, were currently taking refuge in the eastern Ukrainian plant. Meanwhile, Severodonetsk district military administration Roman Vlasenko confirmed most of those sheltering there are employees of the chemical plant, their families and some local residents. "They have been hiding there from the very beginning. There are real bomb shelters there," he said.

'Ukrainian troops demanded safe passage to the city of Lysychansk'

Earlier, a representative of the Moscow-backed self-proclaimed Luhansk People's Republic (LPR) also echoed the same and claimed that Putin's forces were now tightening grips on the Ukrainian troops. Rodion Miroshnik, an envoy for Russian-backed separatists, took to Telegram and added that Russian forces "are preparing transportation for the evacuation of the civilians trapped there".

According to Miroshnik, the Ukrainian troops demanded a safe passage to the city of Lysychansk be provided along with the hostages. However, he clarified they will not be allowed to leave the plant "unless and until they surrender with their arms in front of the Russian forces". "About 300-400 Ukrainian soldiers are now blocked at Azot. They are positioned near the first gatehouse of the chemical plant. Up to 500 civilians who were hiding from shelling in the plant's bomb shelter may also remain there." Miroshnik said on Telegram.