Ukrainian prisoners were released from a court in Breda so that they could fight against Russia's forces. The 2 men were believed to be in custody for 6 months. 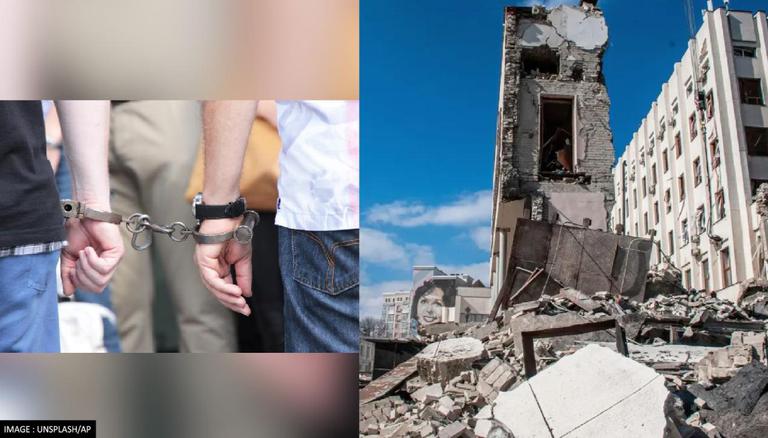 
The Russian invasion of Ukraine has resulted in severe destruction including the loss of life as well as damage to resources. Considering the war situation in Ukraine, a court in Breda had ordered the early release of two Ukrainian prisoners, so that they could fight the Russian forces in Ukraine. The two Ukrainian men, aged 27 and 29, had been in custody for six months for human smuggling charges as reported by Euractiv.

Both men hail from Lutsk, a city in northwest Ukraine, and the two were arrested last September on a yacht after they tried to abduct a group of Albanians into the UK. A lawyer defending the two men appealed to the court previously to grant their release so that they could go back home and fight against the Russian invasion. The court granted their release, considering that the situation was of “special and serious circumstances” and noting that the two men were “insistent” to go home to fight. The conditions in Ukraine worsened amidst the warfare and these conditions led the war-torn country to release people who were in the pre-trial detention centers.

As per Euractiv, The two men were released on certain conditions; they must avoid committing any other offences, return to their pre-trial detention if requested by the court, and, if required, carry out their sentences if the court still decides to sentence them. Meanwhile, in late February, Ukraine's President Volodymyr Zelenskyy decided to release inmates to fight the war against Russia. “Under martial law, Ukrainians with real combat experience will be released from custody and will be able to compensate for their guilt in the hottest spots of the conflict,” Zelenskyy said.

The war had taken a different turn as Ukraine had denied surrendering, while Russia has been and continues to put up constant threats to the country with incessant shelling and bombing. Although, the war has claimed many lives, and destroyed major infrastructure, and resources in Ukraine, President Zelenskyy and his armed forces have put up a brave fight as the country refused to get bogged down by the intensifying Russian aggression.