'This is what is now awaited': Olena Zelenska Urges EU To Step Up Efforts To Grant Ukraine Candidate Status To Join Bloc

As Russia continues its brutal strikes, Ukraine's First Lady Olena Zelenska on Thursday urged the EU to step up its efforts in order to grant candidacy to Kyiv. 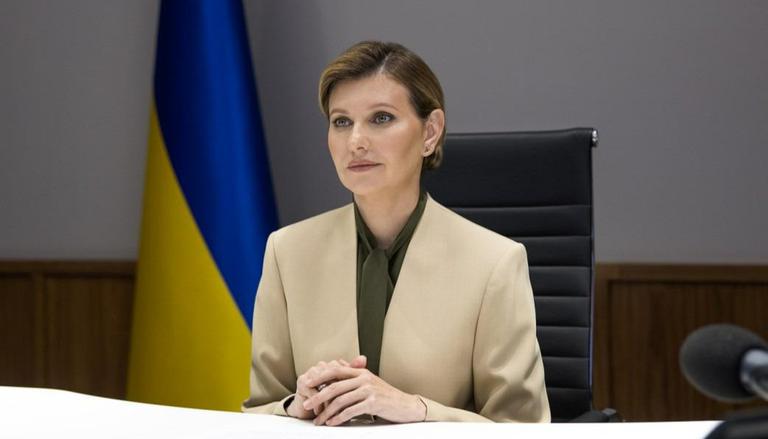 
Ukraine's First Lady Olena Zelenska on Thursday urged the European Union to step up its efforts in order to grant candidate status to Ukraine. Virtually addressing the international conference WomenNOW, held in Spain, she made an appeal to the representatives of the 27-nation bloc, saying that the Ukrainians are "awaiting in every trench and every bomb shelter" to hear the acceptance so that they can be "invited into Europe as like-minded people." She also hailed Spain for welcoming Ukrainian asylum seekers amid the four-month-long running war waged by Russia.

"On June 23-24, the European Council will consider granting Ukraine the status of a candidate for EU membership. This is what is now awaited in every trench and in every bomb shelter. To be invited to Europe no longer as refugees, but as like-minded people and allies. People who are now fighting not only for themselves, but also for the aggressor not to come to Europe," Zelenska said.

She added, "someone will ask: what do we have to join the EU? I will say: we have the main thing - we value human life." The Ukrainian First Lady also extended her gratitude to Madrid for allowing refuge to over 1 lakh Ukrainians.

Ukrainian President Volodymyr Zelenskyy on Thursday claimed that negotiations to reach a concrete resolution over the conflict are stalled because of Moscow's "intention to intimidate everyone in Europe." Addressing the countrymen during his daily nightly address, the embattled President alleged that the Russian Federation "does not want to look for a way to peace." He also called on Kremlin head Vladimir Putin "to decide for himself that the war must end."

"All leaders understand why negotiations to end war are not underway... It is exclusively because of Russia's position...who is only trying to intermediate everyone in Europe and continue the destruction of our state. Do not want to look for a way to peace," Zelenskyy stated.

The video address came after a long day of meetings with EU leaders- French President Emmanuel Macron, German Chancellor Olaf Scholz, Romanian President Klaus Iohannis, and Italian Prime Minister Mario Draghi- who came for a surprise visit to Kyiv in order to reaffirm their support amid ongoing Russian onslaught. Calling it a "historic day," Zelenskyy expressed gratitude to the visitors and for "principled political support," defence aid, and assistance in increasing export capacity, including grain.

READ | Ukraine's First Lady Olena Zelenska: 'Nobody takes my husband away from me, not even war'