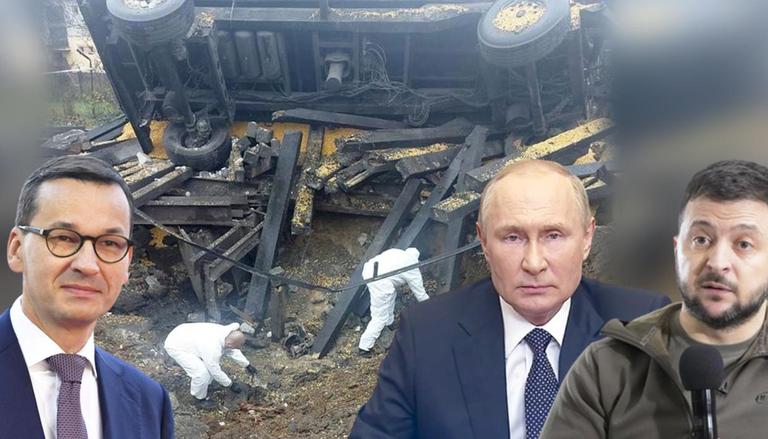 
Polish Prime Minister Mateusz Morawiecki on Friday stated that the country's investigation team is working to find out more about Tuesday's missile blast that killed two Polish citizens in a village in eastern Poland, a few miles away from the Ukrainian border. Morawiecki said Poland wanted to cooperate with Ukraine, and "Polish investigators will go to the Ukrainian side as soon as possible," reported Sputnik. He added that Poland would like to "find out" what exactly happened in the village of Przewodow.

The Polish PM stated that the United States is also standing with Poland, and some American delegations have also presented a sequence of events that most likely took place at that time. He added that the scope of the inquiry should be left to investigators, experts, and specialists. He said that Poland also has great specialists, but he has chosen to invite his allies to verify the incident. "We have great specialists, but we have also not only admitted but invited our allies, American specialists and others, to verify the event," Morawiecki said. On Tuesday, reports emerged that two missiles had fallen on Polish territory in the Lublin Voivodeship on the border with Ukraine, claiming the lives of two people. Earlier, the Polish Foreign Ministry stated that only one Russian-made missile had fallen on Poland's territory, and Ukrainian President Volodymyr Zelenskyy also accused Russia of the attack.

Zelenskyy said, "Hitting NATO territory with missiles. This is a Russian missile attack on collective security! This is a really significant escalation. "Action is needed."

Following the incident, Polish President Andrez Duda stated that there was no evidence to determine who launched the missiles. The next day, however, he stated that it most likely belonged to Ukraine. Meanwhile, the Russian Defense Ministry issued a statement saying that Russian forces had not fired any missiles on targets near the Ukrainian-Polish border on Tuesday and that the footage of the missile's debris indicated that it did not belong to Russia.