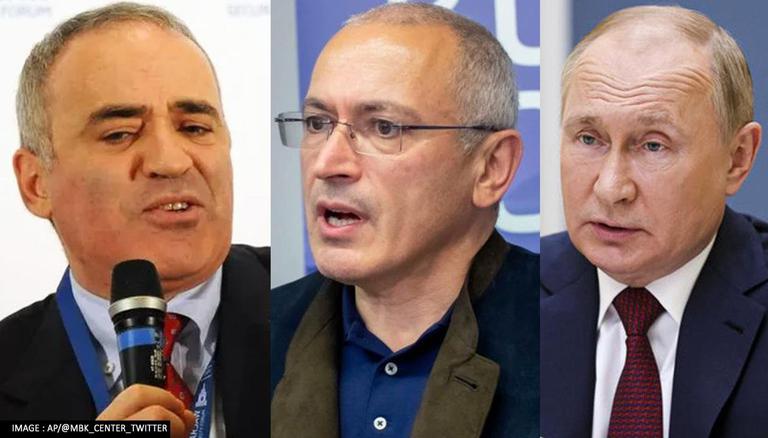 
Russia on May 21 added two high-profile Kremlin critics, former chess champion Garry Kasparov and ex-tycoon Mikhail Khodorkovsky to its list of “foreign agents.” On its website, the Russian justice ministry accused the Soviet-born former world chess champion Khodorkovsky, 58, and Kasparov, 59, the wealthy elitist businessman of having links with Ukraine, and funding the Kyiv government. The Kremlin said that the two most vocal critics of President Vladimir Putin were involved in the foreign-funded political activities.

Kasparov has been a longtime opponent of President Vladimir Putin. He has been living in the United States for almost a decade. Khodorkovsky is famous as Russia's most powerful businessman in the 1990s. He came under the radar of the Kremlin in 2000 when President Vladimir Putin came to power for his views against Russia’s communist regime. Kasparov was sentenced to prison for almost 10 years, from 2003 to 2013, and then went into exile. He is also known to finance the controversial Open Russia, a  federal civic movement against Putin which was dissolved in May last year. Kasparov was listed as a foreign agent for his ties to a US human rights organisation.

As it launched a brutal invasion of Ukraine, Moscow, roughly a month after it stopped operations of German public broadcaster Deutsche Welle (DW), included it in a "foreign agents” list. It implies that the broadcaster is required to run a disclaimer on its aired material under the stringent laws of Kremlin notifying that it is funded abroad. Russia's 2012 Foreign Agent Law is applicable to non-governmental organisations that are funded by countries abroad, and need to officially notify it on a tag for publishing "printed, audio, audiovisual or other reports and materials” in Moscow.

Once Russia declares an entity, person, non-government business or organisation a “foreign agent” they are required to label all material that they publish, including social media posts, as well as file regular financial statements and reports that list their activity compilation over the period of six months.

The tag of a foreign agent has Soviet-era connotations in Russia that is synonymous with espionage and has widely been used against political dissidents by the Kremlin. It also deters the state advertisers from buying space on the programmes. Russia’s regime maintains a grip on journalists and human rights defenders by declaring them “foreign agents” which the German broadcaster believes comes with dire consequences as it is a form of a state “censorship” and covertly decries “foreign meddling.”