In its latest operational update, the Ukrainian Defence Ministry claimed that Russia has lost nearly 30,000 soldiers since the onset of war in late February. 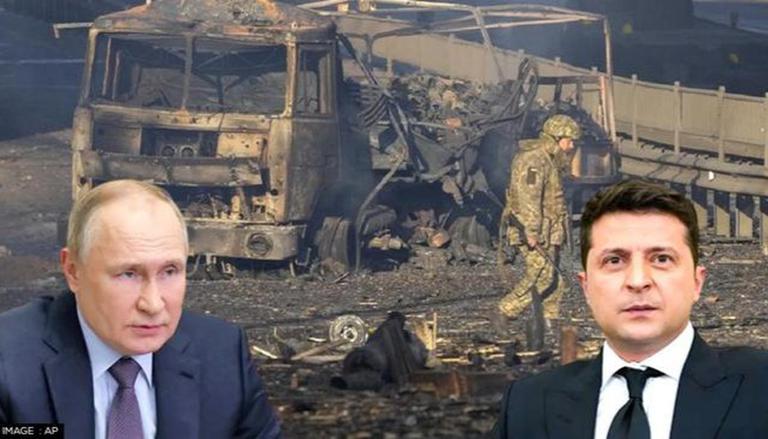 
As the war in Eastern Europe entered its 94th day on Saturday, the Ukrainian Defence Ministry claimed that Russia has incurred heavy casualties since the onset of the war. In its latest operational update, the ministry claimed that Russia has lost nearly 30,000 soldiers, 3,258 Armored Personnel Vehicles (APV), 1,330 tanks, 628 artillery systems and 203 Multiple Launch Rocket Systems (MLRS), and at least 93 anti-aircraft warfare. In addition, the invaders also lost as many as 2,226 vehicles and fuel tanks, 503 Unmanned Aerial Vehicles (UAV), 207 aircraft, 174 helicopters, 116 cruise missiles, 48 special equipment and 13 boats, the Ukrainian Defence Ministry stated on Twitter.

According to the UK intelligence agency's daily update, Russian forces have probably taken control of Lyman town in Donetsk's northwestern outskirts. The intelligence agency also warned that Russian troops in the region could prioritise forcing a crossing of the river in the coming days. "For now, Russia's main effort likely remains 40 km to the east, around the Sieverodonetsk pocket, but a bridgehead near Lyman would give Russia an advantage in the potential next phase of the Donbas offensive, when it will likely seek to advance on key Ukrainian-held cities deeper in Donetsk Oblast, Sloviansk and Kramatorsk," it added.

Meanwhile, the Prosecutor General’s Office has claimed that the Russian offensive has killed as many as 242 children and injured nearly 440 others. It further stated that figures are likely to be higher because they do not include child casualties in places where hostilities are still continuing and in occupied territories. Ukraine's President Volodymyr Zelenskyy said that Russia has evaded most international sanctions due to a lack of a cohesive global response to its invasion of Ukraine. According to him, some of the countries that imposed sanctions against Russia were also assisting Moscow in evading most of them.

Furthermore, the Russian Federation claimed that it continues to take steps to stabilize the economy and combat the sanctions imposed by the Western countries. Notably, several countries across the world have imposed numerous sanctions against Russia for its unjustified invasion of Ukraine. Addressing a virtual meeting of the Supreme Eurasian Economic Council (EEC) on Friday, Russian President Vladimir Putin stated that his government is acting decisively to ensure the smooth functioning of the market and financial sector.