Ever since the deadly attack on Ukrainian prisoners of war in Olenivka, a blame game has been started between the two countries involved in the relentless war. 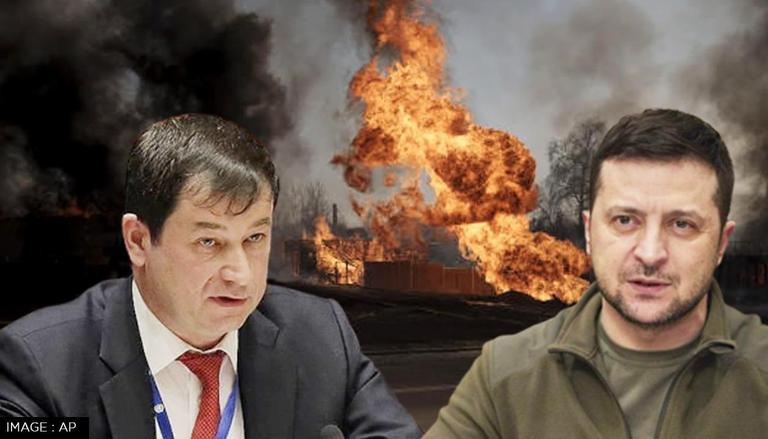 
Post the deadly attack on Ukrainian prisoners of war in Olenivka, Moscow and Kyiv started accusing each other for carrying out the strikes in Donetsk Oblast. In the fresh allegations, Russia has accused Kyiv of using US-made HIMARS to target its own war prisoners. Russian First Deputy Permanent Representative to the United Nations Dmitry Polyansky, took to the microblogging site and said Kyiv is making useless attempts to charge Moscow with an attack on a pre-trial detention centre. According to the diplomat, the Kyiv regime is trying to take revenge even on its military personnel, who realised the senselessness of carrying out criminal orders and surrendered to get a chance for redemption and peaceful life.

I exposed this provocation in our #SecurityCouncil statement yesterday (https://t.co/NVR2bZrV9l). #NaziUkraine makes futile attempts to shift the blame on us for this crime. They could have fired sth else but US-supplied #HIMARS if they were smarter https://t.co/WhvbeCzDgy pic.twitter.com/Q70djf3EZo

Further, he claimed such actions of intimidation will only spur the process of surrendering mobilised Ukrainians into captivity. "We observe mass cases of refusal to fight on the part of the soldiers of the Armed Forces of Ukraine every day," he said at the meeting of the UN Security Council on Ukraine. "Dozens of eyewitnesses tell about this attitude of the Kyiv regime towards its people, who, unlike the so-called “witnesses” of Ukrainian and Western investigations, do not hide their names and addresses," he added.

At least 50 Ukrainian POWs were killed and more than 75 injured after a deadly attack on Friday. Amid facing backlash, Russia has invited various international humanitarian organisations to conduct an investigation. The major announcement from the Russian federation came as Ukrainian authorities repeatedly accused Moscow of the deadly attack on the POWs. Reacting to the repeated concerns and allegations, the Russian Defence Ministry invited experts from the United Nations and the International Committee of the Red Cross (ICRC) to visit the site and hold a probe in order to counter the Ukrainian claims, TASS News agency reported on Saturday.