Russia accused the US of acting without taking the security and interests of other nations into consideration, which raises the possibility of nuclear risks. 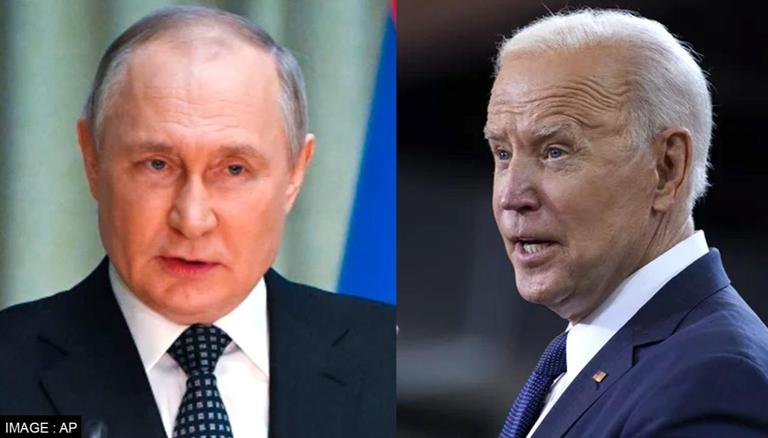 
The Russian embassy in the United States released a statement on Monday, August 15, saying that President Joe Biden-led administration continues to act without taking the security and interests of other nations into consideration, which raises the possibility of nuclear risks. It further claimed that Washington's efforts to escalate its hybrid conflict with Russia in the context of the Ukrainian crisis run the risk of unforeseen escalation and a direct military confrontation between nuclear-armed nations. "This is happening in the circumstances of Washington's targeted course towards dismantling the long-standing system of arms control and non-proliferation," the Russian embassy wrote on Telegram, Tass news agency reported.

According to the Russian embassy, the regimes of transparency and nuclear missile control have suffered a serious setback as a result of the US' unilateral exit from the Intermediate-Range Nuclear Forces (INF) treaty and rejection of its participation in the Open Skies Treaty. The embassy further asserted that it has taken note of the US administration's broad assertions that Russia's actions do not comply with its status as a responsible nuclear power.

"Our country faithfully fulfills its obligations as a nuclear-weapon state and makes every effort to reduce nuclear risks. On Russia’s initiative, the principle of the inadmissibility of a nuclear war was confirmed at the bilateral level and within the nuclear "five" format," the embassy noted. It further remarked that it is shocking to hear accusations of irresponsibility, especially coming from a nation that dropped atomic bombs on the peaceful residents of Japan's Hiroshima and Nagasaki in 1945. "We suggest that the US should take a closer look at its own nuclear policy instead of making unfounded accusations against the countries whose worldviews do not coincide with the American ones," the Russian embassy added.

Russia halts US inspections of its nuclear weapons' sites

It is pertinent to mention here that the diplomatic relations between Russia and the US have severed after the latter imposed a series of sanctions on Moscow since it launched a full-fledged war in Ukraine on February 24. Meanwhile, Russia has also decided to temporarily halt a provision of the 2010 START treaty that enabled the United States and Russian inspectors to visit each other's nuclear weapons installations. Earlier on August 8, the Russian Foreign Ministry stated that the decision to suspend inceptions has been taken as US sanctions restricted the visit of Moscow's inspectors to Washington.