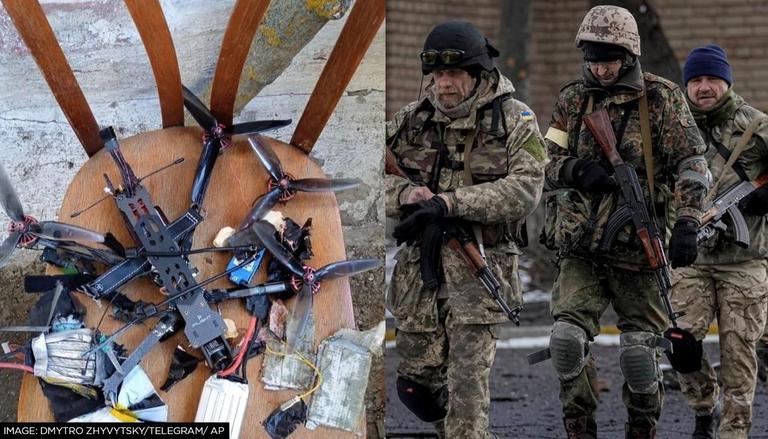 
As the Russian offensive against its neighbouring country continues even after the completion of 100 days, Sumy Oblast governor Dmytro Zhyvytsky accused Russian forces of using kamikaze drones to drop bombs on villages. It is mention that kamikaze drones are unmanned aircraft that are part of the tranche of weapons that are being supplied by the United States to Ukraine to aid their fight against Russia. The governor, who took to the Telegram messaging app on Friday, shared photographs of the alleged drones being used by Putin's forces.

According to him, three kamikaze drones with ammunition attacked the town of Krasnopillya on Thursday. Besides, it also dropped bombs from a quadcopter. However, fortunately, no one was injured in the attack but a house was damaged. 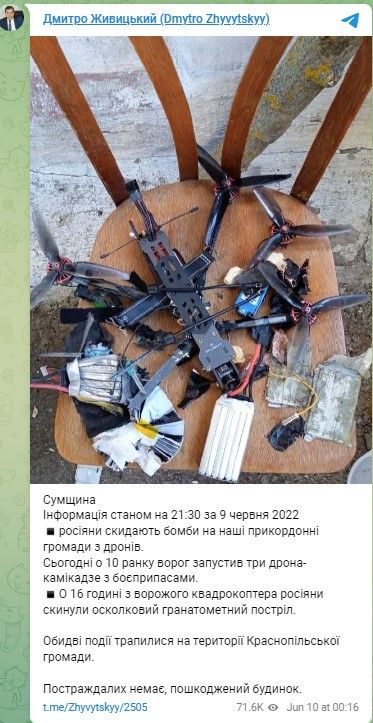 "The Russians drop bombs on our border communities from drones. Today at 10 am, the enemy launched three kamikaze drones with ammunition. At 4 p.m., the Russians fired a shrapnel grenade from an enemy quadcopter. Both events took place on the territory of the Krasnopil community," he said on the messaging app. Meanwhile, Dnipropetrovsk Oblast Governor Valentyn Reznichenko also took to the social media platform and claimed similar attacks were also carried out by Moscow in the Kryvyi Rih region. As per the governor, Zelenodolsk and Shyrokiv communities suffered the most, with six people killed and 179 residential infrastructures damaged during the attack.

Besides the two governors, Ukraine’s Armed Forces reported all members of Moscow's motorized infantry unit of the First Army Corps refused to fight after suffering heavy losses in Kharkiv Oblast. Further, it informed the Russian aggressor to continue to fire in the Donetsk Oblast. It also attacked civilian areas with missile and air strikes, resulting in massive destruction of residential buildings, added UAF.

Notably, the ongoing war has recently marked 100 days in which more than 4,000 Ukrainian civilians were killed and more than seven million were displaced. Moscow's upper parliament house speaker said Russia is ready to hold negotiations with Kyiv to restore peace in the region. She said that the Putin administration is open to talks with Ukraine and signing agreements that would lead to peace. However, the same has not been echoed by any Russian officials. Speaking to BBC Radio on Thursday, Ukraine President Volodymyr Zelenskyy's advisor and negotiator, Mykhailo Podoliak alleged that the Western governments lack intelligence over the use of MLRS by the Russian military. He accused that the West has provided advanced weapons in insufficient numbers and affirmed that the war-torn country desperately needs at least 150-300 similar weapons to counter the Russian forces.