Russia's forces launched four missiles against Zaporizhzhya, one of which was intercepted by Ukrainian air defences, according to Zaporizhzhya military. 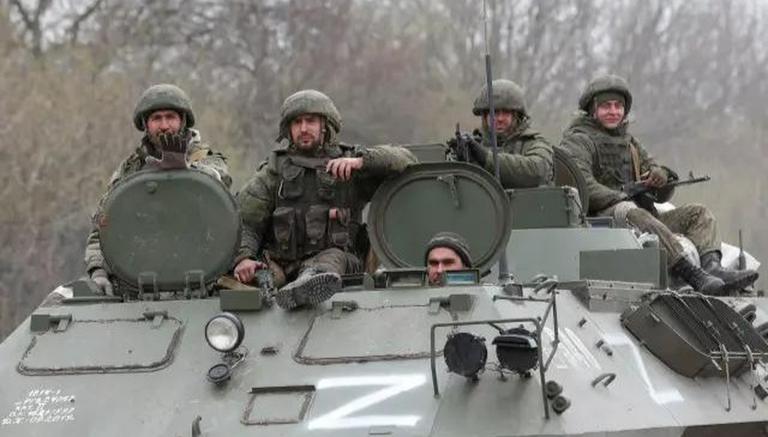 
Russia's forces launched four missiles against Zaporizhzhya, one of which was intercepted by Ukrainian air defences, according to Zaporizhzhya regional military administration. The regional administration claimed on Telegram that one person was killed and three others were injured in the attack.

The missile attack was launched at roughly 5.13 a.m., according to the Zaporizhzhya regional military administration, and it destroyed 62 buildings. Despite the fact that one Russian missile was shot down, the other three hit two city districts Shevchenkivskyi and a commercial centre in Oleksandrivskyi.

On Telegram, the Zaporizhzhia regional military administration said, “It is currently known that one citizen was killed and three were injured."

Missile strikes in #Zaporizhzhya have killed a man and injured three others. The occupiers claim to have destroyed an entire "Motor Sich" plant.

However, this video shows the destruction of the city's civilian infrastructure. pic.twitter.com/AuuksRS2T5

Moreover, according to the press department of Ukraine's National Guard, a Ukrainian soldier shot down the second aggressor plane in a month in the Zaporizhzhya region on Monday, May 23. He said that on May 23, while executing combat tasks in the Zaporizhzhya region for the second time in a month, a conscript of the Ukrainian National Guard inflicted devastating losses on the enemy. A well-aimed shot destroyed the occupying forces' aircraft "SU-25," "Grach."

According to a Facebook post from Ukrainian defence ministry, “With an accurate shot, the National Guard serviceman destroyed the occupiers’ Su-25 Grach attack aircraft."

As many as six civilians were killed by Russian shelling, informed a regional governor in eastern Ukraine. Luhansk region official Serhiy Haidai said another eight people were injured in the city of Severodonetsk over the last 24 hours. It is to mention that Severodonetsk is at the key centre of fighting in Ukraine's eastern industrial heartland of Donbas.

READ | US to end Russia's ability to pay international investors

Despite the massive forces sent by Russian leadership in eastern Ukraine, Ukrainian President Volodymyr Zelenskyy stated that the invaders recognise that the fight is futile. According to Zelenskyy, the situation in Donbass is currently extremely difficult. He claimed that the occupiers intend to destroy everything in Lyman, Popasna, Severodonetsk, and Slovyansk, but they are well aware that this war makes no sense for Russia and that their army has no strategic chance.

Moreiver, European Commission President Ursula von der Leyen stated that Russia's decision to invade Ukraine will be a "strategic failure." She declared that Ukraine "must win the war" it is fighting with Russia. Putin is "treating millions of people not as human beings, but as faceless populations to be moved or controlled or set as a buffer between military forces, attempting to trample an entire nation's aspirations with tanks," she said at the World Economic Forum conference.