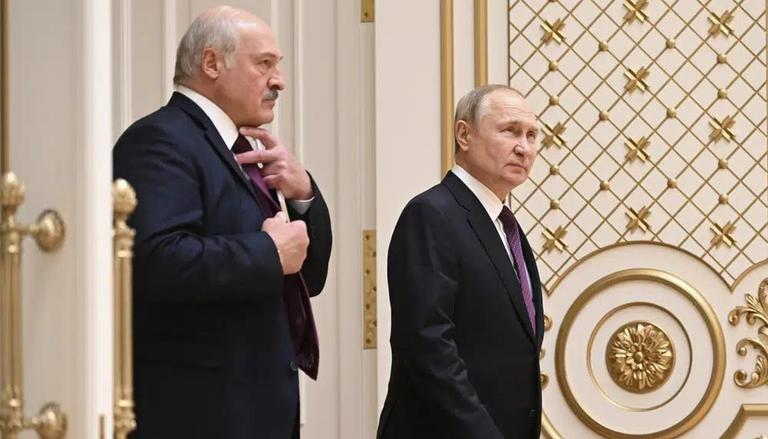 
Russia's President Vladimir Putin made a rare visit to Belarus on December 19 to meet his counterpart Alexander Lukashenko. The visit sparked rumours that Putin will try to persuade Belarus to join the war in Ukraine. These rumours were denied both by Russia and Belarus. In their public statements, the duo avoided mentioning Ukraine and instead talked about boosting cooperation between Moscow and Minsk. The visit was significant because whilst the both leaders meet quite regularly, it is mostly Lukashenko who visits Russia.

Russia is conducting military exercises in Belarus, as per a report from CNN. Putin said that such exercises were necessary because of the tension "on the outer borders of the Union state [of Russia and Belarus]". Putin said Belarus is Russia's closest ally. During a joint press conference, when the Russian President was asked about rumours that suggest Russia wants to absorb Belarus, Putin said that "Russia has no interest in absorbing anyone. It is simply not advisable today". "These unscrupulous critics from the outside either do not understand what they are talking about, or talk about it on purpose, misleading people who are not immersed in it. The issue is not a takeover. The issue is the coordination of economic policy," said the Russian President, dimming the rumours, as per the CNN report.

Putin says that the focus of the visit was economic integration

The Russian President stated that the rumours are "nonsense" and Russia's ill-wishers come up with these rumours to slow the economic integration between Russia and Belarus. When the Russia-Ukraine war began, Moscow did use Belarus as a launching ground for the attack on Kyiv. It is to mention that Ukraine shares its northern border with Belarus. According to a report from BBC, Ukraine is boosting its defences on the border with Belarus over fears that Russia might stage another offensive from the northern border. During the meeting, Putin reportedly indicated that some Belarusian aircraft have been equipped to carry nuclear missiles. Lukashenko thanked Putin for giving Belarus the S-400 air defence system and Iskander ballistic missile system.

Belarus' journey of becoming an independent nation & its ties with Russia

Belarus and Russia have a shared history, as the word "Rus' suggests. Before the 20th century, Belarus was part of various empires and kingdoms, including the Polish-Lithuanian Commonwealth and the Russian Empire. In the late 19th and early 20th centuries, Belarusian nationalists sought to establish an independent Belarusian state, and in 1918, the Belarusian People's Republic was declared. However, this independence was short-lived, as Belarus was quickly occupied by Soviet forces and incorporated into the Soviet Union in 1922 as the Belarusian Soviet Socialist Republic (BSSR).

As a part of the Soviet Union, Belarus underwent significant social and economic changes, including the collectivization of agriculture and the rapid industrialization of its cities. Belarus also suffered greatly during World War II, with much of the country being occupied and destroyed by Nazi forces. After the war, Belarus was rebuilt and continued to be a key industrial and agricultural region of the Soviet Union.

In the late 1980s and early 1990s as the Soviet Union began to collapse, Belarusian nationalists once again sought independence. In 1991, following the coup attempt against Soviet leader Mikhail Gorbachev, Belarus declared its independence and established a new government. This independence was recognised by the international community, and Belarus became a sovereign nation. Belarus' new constitution was adopted in 1994 and since that time, Lukashenko has remained Belarus' president. It has been criticised for its political system and lack of democracy. Despite these challenges, Belarus has remained a sovereign nation and has maintained close ties with Russia, its largest trading partner and closest ally.