Turkey, Sweden & Finland To Hold Next Round Of Talks On Nordic Nations' NATO Bid In Fall

Representatives of Finland, Sweden and Turkey convened in the Finnish city of Vantaa, and agreed on continuing the discussions on the Nordic nations' accession 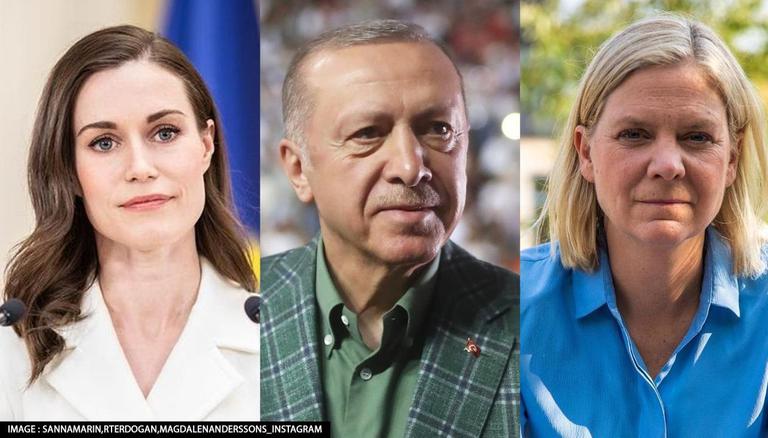 
On Friday, the representatives of Finland, Sweden and Turkey convened in the Finnish city of Vantaa, and agreed on continuing the discussions on the Nordic nations' membership of the North Atlantic Treaty Organization (NATO) at the expert level in the upcoming fall. According to a press release from the Ministry of Foreign Affairs of Finland, in the Trilateral Memorandum which was inked in Madrid in the month of June, Turkey, Finland, and Sweden agreed to create a Permanent Joint Mechanism to monitor the Memorandum's implementation and to improve cooperation on shared security.

Furthermore, the release read, “Finland hosted the first meeting of the Permanent Joint Mechanism at Königstedt Manor in Vantaa, Finland on 26 August” adding that the meeting was conducted “with the participation of experts from the Ministries of Foreign Affairs, Interior, Justice and Defense, from the Presidential and Prime Ministerial Administrations, as well as Intelligence Services.”

In addition to this, the parties decided that the Mechanism will continue to meet at the expert level throughout the autumn after discussing the specific actions to execute the Trilateral Memorandum.

Earlier, in the presence of NATO Secretary-General Jens Stoltenberg, the pact was signed by Foreign Minister Mevlut Cavusoglu of Turkey, Finnish Foreign Minister Pekka Haavisto, and Sweden's Foreign Minister Ann Linde of Sweden.  For the security of the Nordic nations, NATO, as well as Europe as a whole, Stoltenberg had hailed the signing of the trilateral agreement. Turkey has previously protested Sweden's and Finland's quest to join NATO and charged both cities with aiding the PKK, which Ankara regards as a "terrorist organisation," in their respective capitals of Helsinki and Stockholm.

While talking about this meeting, Mevlut Cavusoglu, the Turkish Foreign Minister, stated earlier on July 21 that a conference with representatives from Turkey, Finland, and Sweden would take place in August to assess the progress achieved in addressing Turkey's counterterrorism requests, according to TRT World quoting TRT Haber.

Turkey opposed the NATO membership of Finland and Sweden

Earlier in the month of August, Turkish President Recep Tayyip Erdogan stated that the NATO membership of Finland and Sweden would not be supported by Ankara unless both countries fulfil their promises to combat terrorism. Erdogan stated that Turkey has a "clear and strong position" on Sweden and Finland when speaking to Turkish ambassadors to other nations.  According to a TASS report, he claimed that nations, where Kurdistan Workers' Party (PKK)'s militants "roam freely on the streets, is detrimental to the alliance's values".

Erdogan emphasised that unless both of the Nordic nations "keep their word," Turkey will not accept their membership in the military alliance, as per media reports.