As the United Kingdom has imposed severe sanctions on Russia for its aggression on Ukraine, it has now decided to ban the Russian official channel RT. 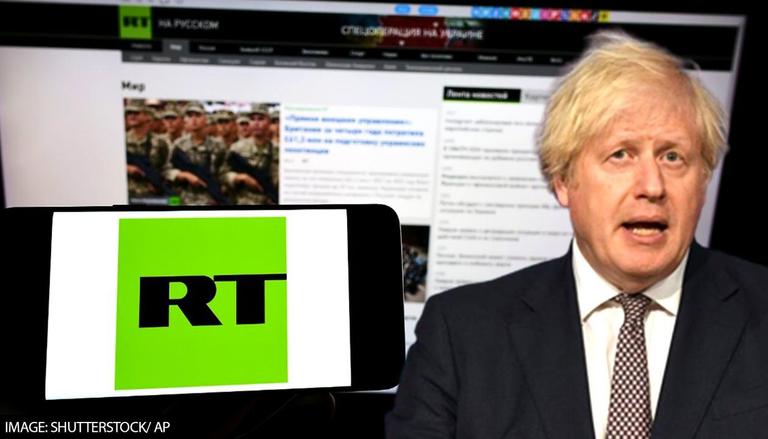 
As the United Kingdom has imposed severe sanctions on Russia for its aggression on Ukraine, it has now decided to ban the Russian state TV channel RT. The UK claimed that the channel is incapable of delivering objective coverage of the Ukraine conflict. As per the reports of CNN, Ofcom, which is the UK broadcast regulator, said that it had launched 29 investigations into RT's coverage of Russia's invasion, taking into account the channel's ties to the Russian government and new Russian laws that effectively criminalise any journalism that contradicts the Kremlin's narrative on the conflict.

In a statement, Ofcom CEO Melanie Dawes stated that freedom of expression is something they strongly preserve in this country and that they have determined that RT is unfit to hold a licence in the United Kingdom, based on an independent regulatory process. As a result, RT's broadcasting licence in the UK has been revoked. The European Union, which has also imposed harsh sanctions on Russia, has already prohibited RT from airing.

Another step toward severely restricting freedom of expression: Kremlin spokesperson

Dmitry Peskov, a Kremlin spokesman stated that this is a continuation of the anti-Russian stand that is occurring in Europe and the United States. He further said that this is just another step toward severely restricting freedom of expression and violating all regulations governing media activity, according to CNN. In the meanwhile, Russian media regulators blocked access to the BBC website earlier this week.

Even before the Russian invasion of Ukraine, RT infringed UK broadcasting restrictions several times. Ofcom fined the channel £200,000 (2,00,21,055.86 Indian Rupees) in July 2019 for persistently violating impartiality guidelines in its coverage of the Syrian conflict, according to CNN. In seven programmes from March and April 2018, it was discovered that RT had failed to maintain proper impartiality.

RT stated on Telegram that for years, the UK government has been hunting for a legal cause to shut down RT while attempting to keep the impression of free expression. Also, DirecTV, which is one of only two major television providers in the United States, said earlier this month that it would be terminating its relationship with the network with immediate effect.