The UK Defence Ministry has said that as many as 1,700 Ukrainian soldiers have likely surrendered to Russia at the Azovstal steel factory in Mariupol. 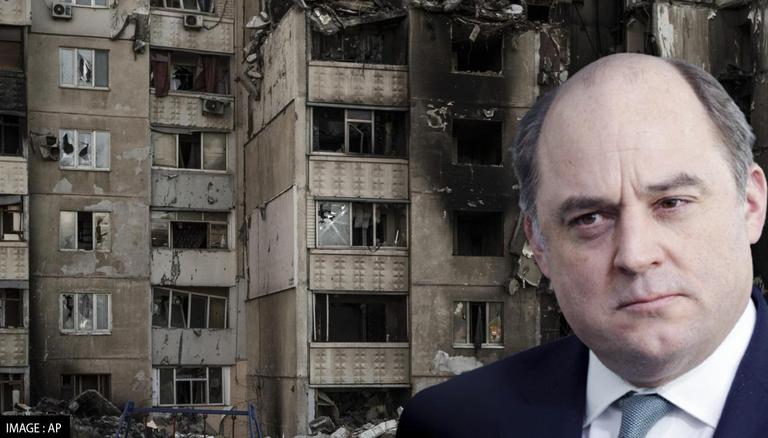 
Amid the escalating war between Russia and Ukraine, the UK Defence Ministry issued its latest intelligence update on Friday, 20 May. The UK Defence Ministry has said that as many as 1,700 Ukrainian soldiers have likely surrendered from the Azovstal steel factory in Mariupol. According to the Ministry, Russian armed forces will likely deploy their troops to reinforce operations in Ukraine's Donbass region after Russia captured Mariupol.

"As many as 1,700 Ukrainian soldiers are likely to have surrendered from the Mariupol Azovstal steel factory. An unknown number of Ukrainian forces remain inside the factory," the UK Defence Ministry said in the latest update.

The UK Defence Ministry further stated that the number of Ukrainian troops who continue to remain in the Azovstal steel plant remains unknown. According to the latest intelligence update, "staunch" resistance shown by Ukrainian forces in Mariupol since the beginning of the war implies that Russian troops must be "re-equipped and refurbished" before redeployment in the region.

The UK Defence Ministry stressed that it could be a lengthy process if it is done thoroughly. However, it added that Russian commanders facing pressure to showcase achieving operational objectives will likely redeploy their troops swiftly without making adequate preparations. According to a report by The Associated Press, the International Committee of the Red Cross has collected personal information from hundreds of soldiers and registered them as prisoners of war. The ICRC has gathered data of soldiers in order to ensure humane treatment of prisoners of war under the Geneva Conventions.

Find out more about the UK government's response: https://t.co/AgtCk64rRw

It is pertinent to mention here that the UK has been supporting Ukraine ever since the Russian military offensive started on February 24. Britain has been providing military, humanitarian and economic support to Ukraine and announcing sanctions against Russia. Meanwhile, UK Prime Minister Boris Johnson held a telephonic conversation with Ukrainian President Volodymyr Zelenskyy on May 19.

The British Prime Minister reaffirmed the UK's support for the Ukrainian people, particularly the defenders of Mariupol. Johnson informed Zelenskyy of the UK's defence assistance, which includes long-range artillery, shore-to-ship missiles, and unmanned drones. Johnson stated that it is part of the UK's additional £1.3 billion (₹1,26,02,70,31,000) military aid package for Ukraine.

During the telephonic conversation, Zelenskyy and Johnson discussed how to mitigate the global economic damage caused by Russia's blockade of Black Sea ports. Zelenskyy informed Johnson about the hostilities and the operation to rescue the service personnel from Mariupol's Azovstal steel factory.

Reaffirmed British solidarity with the Ukrainian people to my friend @ZelenskyyUa this morning, particularly for the brave defenders of Mariupol.

The President and I had a wide ranging discussion ⬇️ 1/4

Had a phone conversation with @BorisJohnson. Informed about the course of hostilities and the operation to rescue the military from Azovstal. Discussed defense support, ways to export agricultural products from Ukraine and import fuel to Ukraine.