UK Foreign Secretary Liz Truss stated that the matter of British men sentenced to death by a DPR court is being taken up thoroughly by Ukraine. 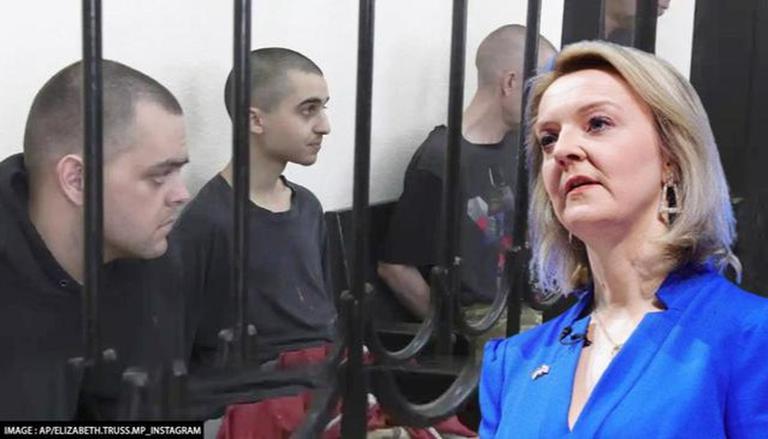 
In a recent development amid the ongoing ravaging war in Eastern Europe, United Kingdom's Foreign Secretary Liz Truss stated that the matter of British men sentenced to death by a court in the Donetsk People's Republic (DPR) is being taken up thoroughly by Ukraine. Earlier on June 9, the Supreme Court of the DPR had sentenced three "foreign mercenaries" to death for fighting in Ukraine amid the ongoing war. According to reports, the mercenaries include two citizens of the United Kingdom as well as one from Morocco. The British citizens were identified as Aiden Aslin and Shaun Pinner.

"The two people were fighting for the Ukrainian army. They were permanently located in Ukraine and they are prisoners of war. And the case is being taken up by the Ukrainians, by the Ukrainian foreign minister," Truss told BBC’s Radio 4 Today Programme, as reported by The Guardian. She further stated that she is making all efforts to ensure the release of Aslin and Pinner. When asked if direct talks with the pro-Russian group would be part of it, the UK minister said she wouldn't publically reveal the strategy.

Further, Truss also slammed Russia and accused it of violating the Geneva Convention. "The best route is through the Ukrainians, and I can’t go into the details of my discussions with the Ukrainians. But I can assure the concerned families, that we are working flat out on this," she stressed. Earlier, Truss had condemned the sentencing and stated that the court's decision was a "sham judgement" with no legal standing, and that the UK government is making all efforts to support the families of the convicted.

Ukraine claims to have launched pre-trial inquiry into the matter

Notably, the Ukrainian Foreign Ministry has termed the verdict as "miserable" and vowed to make all-out efforts to release all defenders of the country. Ukrainian Prosecutor-General Iryna Venediktova claimed that the Kyiv regime has already launched a pre-trial inquiry into this matter to ensure that everyone involved in this illegal action is brought to the book. Meanwhile, the Russian Defence Ministry has stated that foreign mercenaries in Ukraine are not fighters and will face criminal charges.