UK is taking 60 mothballed tanks out of storage and transferring them to Europe for military exercise at NATO's Forward Holding Base in Sennelager, Germany. 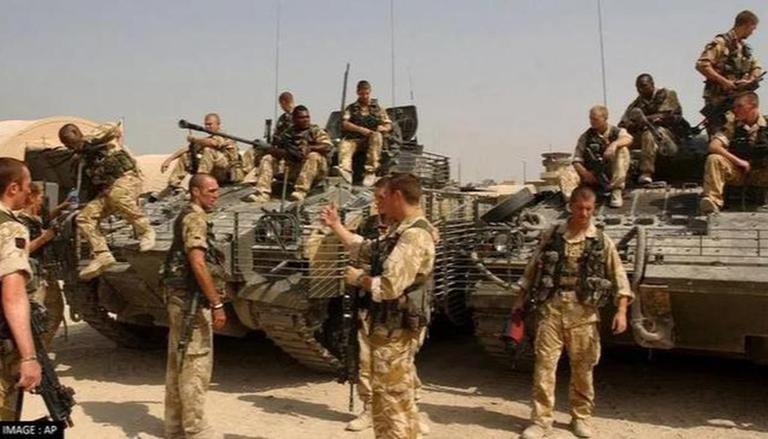 
The UK is taking 60 mothballed tanks out of storage and transferring them to Europe for military exercise at NATO's Forward Holding Base in Sennelager, Germany, as per a report by the Telegraph.

“We are investing in our site in Germany which shows we are credible and serious about investing in European security because we aim to be a leader in Nato," a source in the Defence Ministry of the UK told the publication. Europe is witnessing its largest land war since the 2nd World War.

“We are all about training and holding equipment on the continent of Europe. The aim is to project in very rapid order UK military capability from the UK home base into here either by air or by rail or by ferry. The British Army is very serious about storing and sustaining war stocks on the continent of Europe," said Colonel Tim Hill to the publication. He is the officer who runs the base.

Back in June, UK's Defence Secretary announced that according to the new NATO plan, the UK will commit 2,000 more soldiers to defend the Baltic countries such as Estonia from perceived Russian military threat.

In August, UK Army's senior officier Paul Carney said that the UK was preparing itself to meet the Russian threat. To aid this effort, along with the 60 mothballed tanks being transferred to Europe, additional 400 armoured vehicles will be moved to Estonia. UK's move also comes at a time when the US Army's 101st Airborne Division is training in Romania, which is not that far from the theatre of war in Ukraine. After the US, the UK provided the most amount of military armaments and aid to Ukraine.

Details about the tank

The Mothballed tank, also known as Challenger 2 is designed to destroy other battle tanks. The British Army used it during the Bosnia and Herzegovina conflict, Kosovo conflict and the Iraq war. According to the British Army, these tanks have "never experienced a loss at the hands of the enemy."

The tanks were originally built in the UK by Vickers Defence systems. A company which is now known as BAE Systems and Land Armaments. The purpose of the Challenger 2 tanks was to replace the Challenger 1 tank. The mothballed tanks have been in service since 1994.

Four armoured regiments use this tank and they are based in Tidworth, Wiltshire, and Bovington, Dorset, as per information disclosed by the British defence ministry. The regiments are the Queen’s Royal Hussars, The King’s Royal Hussars, The Royal Tank Regiment, and The Royal Wessex Yeomanry. Each armoured regiment operates with nearly 56 Challenger 2 tanks which explain why 60 tanks are being transferred to Germany.