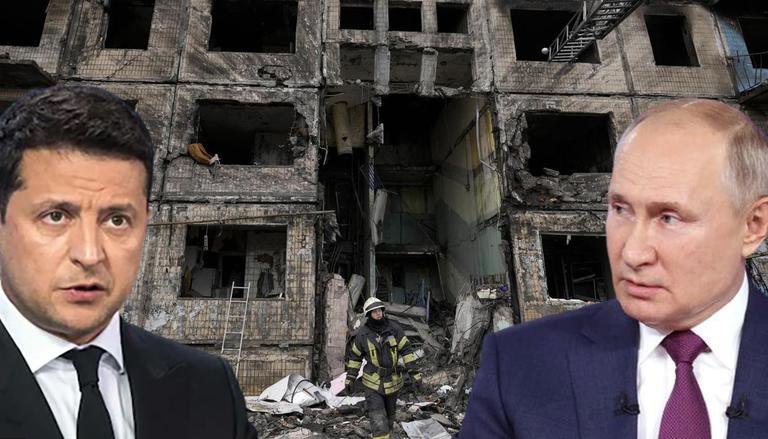 
Amid the escalating conflict between Russia and Ukraine, the UK Defence Intelligence stated that Russia has taken control of the majority of Ukraine's Sieverodonetsk city but has suffered severe casualties in the process. The latest update released by the UK's Ministry of Defence states that the main road into the Sieverodonetsk pocket likely remains under the control of Ukrainian forces, but Russia continues to make steady local gains. The Kremlin troops have a heavy concentration of artillery.

"This has not been without a cost, and Russian forces have sustained losses in the process," the statement read.

Find out more about the UK government's response: https://t.co/Cgie1d3GJa

The statement further noted that "Crossing the Siverskyy Donets River - which is a natural barrier to its axis of advance-is vital for Russian forces as they source Luhansk Oblast and prepare to switch focus to Donestk Oblast," In addition to this, the statement further said that "Potential crossing sites between Sieverdonetsk and the neighbouring town of Lysychanks and near recently-captured Lyman In both locations, the river line likely remains controlled by Ukrainian forces, who have destroyed existing bridges. "

The statement released by the UK MoD further stated that it is expected that Moscow troops will need a short pause to restructure their forces to carry out further attacks into Donetsk Oblast.

"It is likely Russia will need at least a short tactical pause to re-set for the opposed river crossing and subsequent attacks further into Donetsk Oblast," where Ukrainian armed forces have prepared defensive positions. "To do so risks losing some of the momentum they have built over the last week," it read.

Meanwhile, reports have emerged that Ukraine has killed more than 30,000 soldiers and destroyed 1,365 tanks. The latest statement issued by Ukraine's defence department claims that Russia has lost a total of 3354 armoured combat vehicles and more than 600 artillery systems, along with two units, have been destroyed. A total of 95 anti-aircraft warfare systems belonging to Russian soldiers have been damaged and 210 aircraft have been destroyed, including 175 helicopters, among other military weapons. The statement further stated that the Russian enemy suffered the greatest losses at Bakhmut.

READ | US says 'not seeing any sign' of an end to Russia-Ukraine war; reiterates support for Kyiv

READ | Ireland adopts resolution condemning Russia's actions in Ukraine as 'act of genocide'
READ | NATO, US believe Russia-Ukraine war will end only at negotiating table
READ | US calls for Serbia to impose sanctions against its ally Russia