UK: Sunak And Truss Face Off For Conservative Support In Cheltenham Leadership Hustings

"So my first preference is to reduce taxes," Truss said when asked if she was against "handouts" to reduce energy bills. Rishi Sunak criticised her vision. 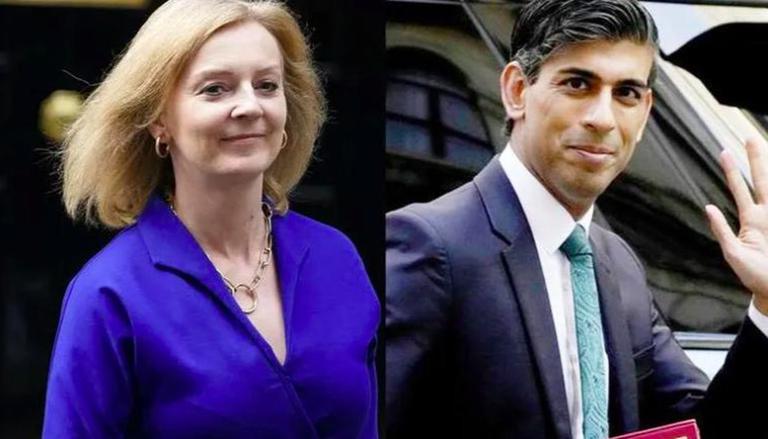 
Former British Chancellor Rishi Sunak and Foreign Minister of UK Liz Truss on Friday, Aug 12 debated head-to-head in Cheltenham to win the Conservative members' support as they vied to become the next prime minister. At the sixth Tory leadership hustings, Sunak and Truss made comments about their future policies, should they be elected as premier of the UK in September.

A new poll of Conservative members carried by the Telegraph put the Foreign Secretary 26 points ahead of her rival Sunak who trailed behind her in garnering the support of the 175,000-strong Tory membership.

At the hustings that started at 7 pm UK time in Cheltenham, Liz Truss cautioned that the UK is in 'real danger' to enter into recession' and that her policies will help lower Britons' energy bills. She also pledged tax cuts for the public saying that the government "shouldn't be taking money off people in taxes and then giving it back as benefits". She underscored that her government will ensure that "we always help people and support people" all the while adding that the UK also needs to see economic growth.

"So my first preference is always to reduce taxes," Truss said when asked if she was for or against "handouts" to reduce the energy bills. Rishi Sunak criticised Truss' vision countering that he would instead focus on tackling inflation. "We have seen this story before. Inflation is the enemy that makes everyone poorer," he said. Sunak pledged that he will "always support those who most need our help", especially the struggling families during the tough winter when energy bills are expected to rise due to Russia's war. "What I will not do is pursue policies that risk making inflation far worse and last far longer..." Sunak said, attacking Truss's economic plan.

Sunak stressed that his primary role as a Tory leader would be to "restore trust", "rebuild the economy" and "reunite our country". "I haven't always said the things that people may want to hear but I have said the things that people need to hear because our country faces real challenges and I want to be straight with you about what is going to be required to fix those," he stressed.

Liz Truss debated her tax plan noting that she would reverse the hike to National Insurance so the Britons can afford to pay for the NHS and social care out of general taxation. She derided Sunak's previously introduced corporation tax saying that she plans on scrapping it. She also promised to extend the Government's Rwanda asylum seeker plan, highlighting that she will bring legislation so that the decisions made by British lawmakers cannot be overridden by ECHR.

Sunak meanwhile pledged that as the Prime Minister of the UK, he will "apply that same energy, grip and radicalism to every aspect of government as we build a better Britain". Furthermore, he said, "I will give you my everything, my heart and my soul" and will "ensure that people can always feel enormously proud of the Conservative government that I would be privileged to lead". Truss countered saying that during her first 90 days in Downing Street, she will ensure that the UK is "moving in the right direction, household finances are cut, and there's investment boost." She also promised not to have an election before 2024. Sunak underscored that he will "fight until the last day with everything I have got because I am fighting for what I believe in."