The Permanent Representative of Ukraine to OSCE, Tsymbalyuk, called for an international naval mission to ensure the operation of the export corridor. 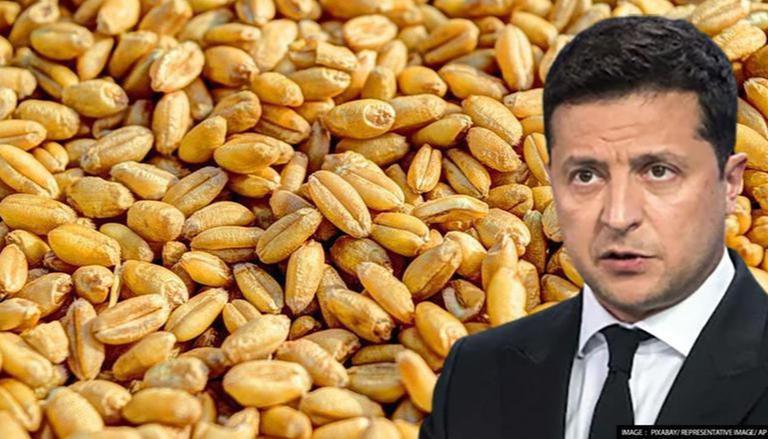 
Amid the escalating war between Moscow and Kyiv, Ukraine has called for an international naval mission to "patrol export routes in the Black Sea." Speaking at a meeting of the Organization for Security and Co-operation in Europe (OSCE) Permanent Council on 9 June, the Permanent Representative of Ukraine, Yevhen Tsymbalyuk, stressed that an international naval mission is required to ensure the operation of export corridors in the Black Sea, Ukrinform reported. The statement of Tsymbalyuk comes as Ukraine has been accusing Russia of blocking Ukrainian seaports and not allowing grain export.

In the OSCE Permanent Council meeting, Yevhen Tsymbalyuk asserted that Ukraine has revealed its stance regarding seaports. Tsymbalyuk highlighted that military equipment is required to protect the coastline. In addition, he called for a naval mission to patrol export routes in the Black Sea. The Ukrainian diplomat noted that Russia had recently carried out a missile strike on a grain terminal and claimed that "Russia's plans to use such a corridor to attack Odessa and southern Ukraine cannot be ruled out," as per the Ukrinform report. In his speech, Tsymbalyuk appreciated the efforts of partners that are working to end the blockade of Ukrainian ports to export grain. He stressed that they need to be "careful" as "Russia's promises are always empty."

On June 8, Ukraine dismissed the assurances of Russian Foreign Minister Sergey Lavrov about the Kremlin not using the situation if Ukraine permits shipments to leave safely. Ukrainian Foreign Ministry spokesperson Oleg Nikolenko has termed Lavrov's statements as "empty words". Taking to his official Twitter handle, Oleg Nikolenko asserted that Russia cannot be permitted to use grain corridors to attack southern Ukraine. Highlighting Ukraine's position on seaports, Oleg Nikolenko said that they need military equipment to protect the coastline. In addition, he called for a "navy mission to patrol the export routes of products in the Black Sea."

Russia willing to discuss export of Ukrainian grain with Kyiv

Meanwhile, Russian Foreign Minister Sergey Lavrov on Wednesday, 8 June, said that Russia is willing to discuss the export of Ukrainian grain with Kyiv through the mediation of the United Nations. Speaking at a press conference in Turkey, Lavrov said that Russia is willing to cooperate with Turkey to ensure the safety of ships that leave from Ukrainian ports. He claimed that the Ukrainian grain export which the West and Kyiv have been attempting to show as "a global catastrophe," has no relation to the food crisis across the world. According to him, the grain which the West and Ukraine have been speaking about is less than 1% of global wheat production and other cereals.

WE RECOMMEND
DPR court sentences three foreign mercenaries to death for fighting in Ukraine amid war
Ukraine reveals its goals for military assistance against Russia amid aid from Poland
European Commission to discuss Ukraine's application for EU membership on June 17
Ukraine imposes sanctions against 236 Russian colleges, universities and 261 college heads
EU announces 205 million euros in humanitarian aid for Ukraine amid war with Russia