Amid the ongoing war, the Ukrainian authorities stated that the country will not accept any ceasefire settlement that involves ceding territory to Russia. 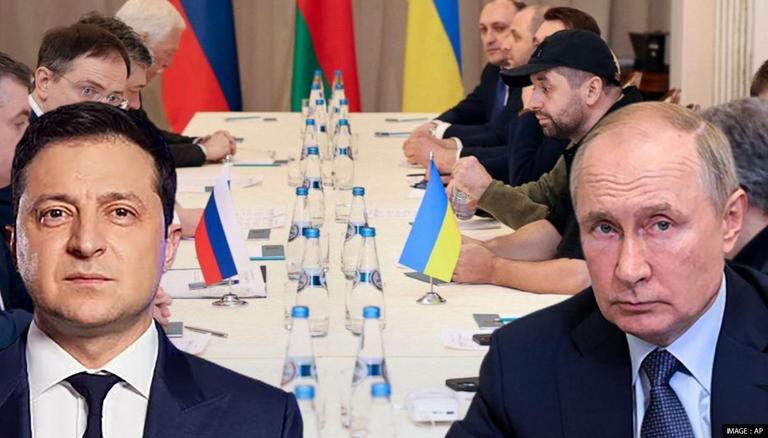 
As Russia escalated its onslaught in the eastern Donbas region, the Ukrainian authorities stated that the country will not accept any ceasefire settlement that involves ceding territory to Moscow. "The war must end with the complete restoration of Ukraine’s territorial integrity and sovereignty. That is our victory. Our common victory with the civilized world. After all, today Ukraine is defending not itself only. Today Ukraine is the Thermopiles of Europe," Andriy Yermak, Ukraine’s presidential chief of staff, stated in a Twitter post.

Meanwhile, Poland's President Andrzej Duda also offered his country's support to Ukraine, saying the global community must demand Russia's complete withdrawal and that ceding any part of Ukraine's territory would be a "great blow" to the West. Addressing the Ukrainian parliament on Sunday, Duda said, “Worrying voices have appeared, saying that Ukraine should give in to Putin’s demands. Only Ukraine has the right to decide about its future," The Guardian reported. Meanwhile, Mykhailo Podolyak, Ukraine's chief negotiator in the halted peace negotiations, declared that any concession to Russia would be nothing but a postponed conflict. "Ukraine trades neither its sovereignty nor territories and Ukrainians living on them," he further added.

The war must end with the complete restoration of 🇺🇦 territorial integrity and sovereignty. That is, our victory. Our common victory with the civilized world. After all, today 🇺🇦 is defending not itself only. 🇺🇦 today it is the Thermopiles of Europe.

Ukraine says it would not accept any compromise with Russia

Following calls for a quick ceasefire from US Defense Secretary Lloyd Austin and Italian Prime Minister Mario Draghi, Podolyak categorically stated that "Ukraine would not accept any compromise with Russia that included territorial concessions." He further warned that agreeing to a truce now while making concessions to Russia would backfire on Ukraine, as "Moscow would retaliate more forcefully after any break in the battle." Earlier on May 21, Ukrainian President Volodymyr said his administration was open to resuming peace negotiations with Russia as long as its forces do not kill Ukraine's soldiers defending the Azovstal steel plant in Mariupol.

Meanwhile, the officials of Russia and Ukraine stated that the peace negotiations between both countries have stalled. Ukraine has been accused of hardening its stance by the Russian government as the country's Deputy Foreign Minister Andrey Rudenko stated that Kyiv has effectively abandoned the peace talks. However, Ukrainian presidential advisor Podolyak stated that talks have been put on hold as "Russia refuses to admit that it would not achieve any objectives."