Ukrainian FM stated that the accession of new members to the European Union in the south and east of Europe would be the best guarantee of regional stability. 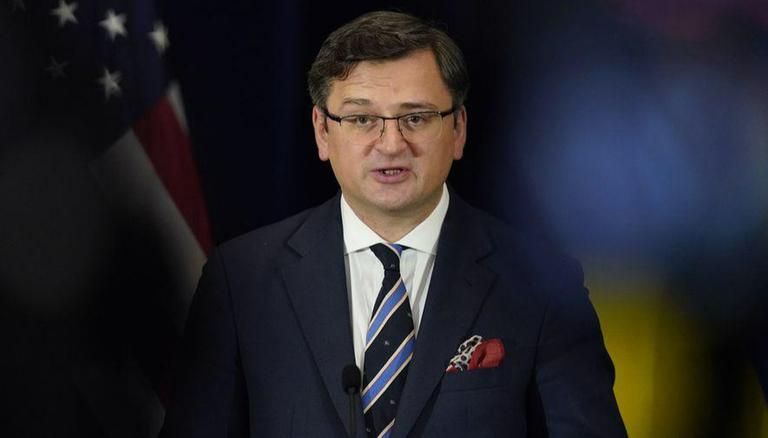 
Dmytro Kuleba, Ukraine's Foreign Minister, stated that the accession of new members to the European Union in the south and east of Europe would be the best guarantee of regional stability. According to European Pravda, he stated this during a joint press briefing with Northern Macedonia's Minister of Foreign Affairs, Bujar Osmani. He further added that Northern Macedonia and Ukraine do not consider themselves "competitors" on the road to the EU, referring to the common EU argument that the bloc should first accept Western Balkan countries, which began this process earlier.

Kuleba stated, "Ukraine fully supports the membership of Northern Macedonia in the EU and wishes it to join the union as soon as possible. to spread their norms, values ​​and unite those who share them. Only such expansion will guarantee that other players will not enter this space and will not impose their rules, their vision and will not destabilize Europe."

The ministers also agreed to collaborate with EU sceptics and the friendliest countries to overcome membership barriers. Kuleba also stated that Ukraine hopes that the Northern Macedonian parliament will declare Russia's crimes in Ukraine to be genocide. Kuleba reiterated that Northern Macedonia fully supports granting Ukraine candidate status at the June summit and disagrees with those attempting to oppose Ukraine's application and Northern Macedonia's European integration process.

Further, according to EURACTIV Greece, which cited diplomatic sources, Greece and Cyprus support Ukraine's EU membership but oppose a fast-track approach, as many eastern European nations have urged. According to authorities from Greece's Ministry of Foreign Affairs, all processes stated in Article 49 of the EU Treaty should be followed.

Notably, the EU is dealing with how to combine its support for Ukraine with the concerns of western member states, many of which are concerned about setting a precedent of "fast-track" membership. Although most member states appear to be open to Ukrainian membership in the future, there is a difference between the east and the west regarding how and when this will happen.

For applicants, the journey to Brussels is long and at times difficult. The path, which includes tangled negotiations and systemic national reforms, can typically take a decade. Austria, Finland, and Sweden had the quickest processes, each completing the requirements in about five years. Notably, the negotiations to expand into Eastern Europe took over a decade.