“We understood that preparations were underway. I would start talking about the offensive from September-October," Ukraine's leader Zelenskyy informed. 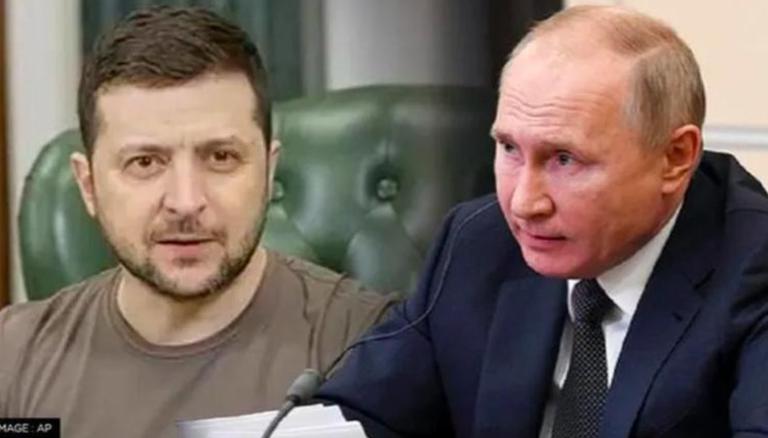 
Ukraine’s President Volodymyr Zelenskyy on Friday, May 21 admitted that Ukraine was aware of Russia's preparation for aggression back in September-October 2021, but its "scale and arrogance" was unexpected. In an interview with the ICTV television, Ukraine’s leader stated that Ukraine had gauged and felt the pressure before Moscow launched an all out large-scale invasion on Kyiv’s soil. He admitted that while there were warnings from Western intelligence agencies, "no one fully knew the details.”

“We understood that preparations were underway. I would start talking about the offensive from September-October. The hybrid shelling began in the autumn, you remember the problems with fuel, energy, cyber attacks," said Ukraine’s President of Ukraine Volodymyr Zelenskyy.

Zelenskyy said that he had not fathomed the scale, the arrogance of the looming threat, which was deciphered fully only after Russian troops launched an assault on Ukraine. “No one fully understood,” said Ukraine’s leader, adding that “it's one thing when you understand that tanks will most likely come from Belarus, and another thing is that Russia will attack you through Belarus.” Zelenskyy underscored the intensity of the assaults directed at Ukraine, stressing “When missiles are specifically flying from Belarus. There is a big difference – you are at war with those who are on the territory of Belarus, or you are at war with two countries.”

Ukraine had its own preparations: Zelenskyy

Zelenskyy said that Ukraine had its own preparations. “The intelligence agencies of our partners had their own preparations. No one had more details than we knew,” he admitted. “With such a scale [of the invasion], no country in Europe could cope. When a large army attacks you, you cannot concentrate forces, for example, around Kyiv,” the Ukrainian president said. "For this territory [Ukraine], we need an army more than 260,000 soldiers,” Zelenskyy said. He revealed that at the time, there were 120,000 soldiers from combat troops.

READ | Russia bans entry of over 900 US citizens including Joe Biden, his son & Secy Blinken

“Even with 100,000 more, we would not be able to stop them [Russians]. Today, it is 700,000," the Ukrainian president said. Zelenskyy commended his armed forces’ resistance, iterating that the West had warned that the figure of the Armed Forces and equipment that Ukraine has, the Russians “will come in a couple of days and capture it.” “Our partners told us – dig trenches,” said Ukraine’s leader, adding, “we instead said – give us weapons.”

WE RECOMMEND
Zelenskyy says evaluation of his presidency can wait until war with Russia is over
Russia-Ukraine war: Russian forces attack Palace of Culture; 7 injured
US-led Ukraine Contact Group to meet on May 23 with focus on more military help for Kyiv
Germany to deliver first 15 Gepard tanks to Ukraine in July to fight Russian invasion
Zelenskyy avers final stage of war will be 'bloodiest' but Ukraine to gain independence