On Monday, the advisor to the President of Ukraine, Mykhailo Podoliak stated that Russia is constantly attempting to justify its aggression on Ukraine. 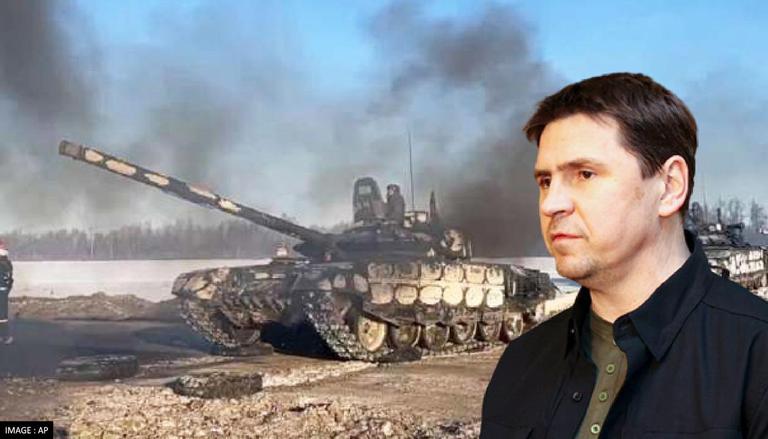 
On Monday, the advisor to the President of Ukraine, Mykhailo Podoliak stated that Russia is constantly attempting to justify its aggression on the war-torn country by claiming that there are bio laboratories in Ukraine, and telling false stories of Nazi battalions and the devastating artillery shelling of Donetsk, which resulted in the deaths of tens and thousands of people. He further stated that all of this is a complete fabrication and the world, which has witnessed Russia's unjustified attack, rejects it.

Russia is persistently trying to legally justify a massive aggression against 🇺🇦: stories about biolaboratories, Nazi battalions, shelling of Donetsk by heavy artillery with thousands of victims. All this is an absolute lie, which is rejected by the world watching the war live.

'Russia has been unreasonable for a long time'

Podolyak, earlier stated that Russia has been unreasonable for a long time, and as a result, the US and the overwhelming majority of UN Security Council members have dismissed Russia's false claims. He stated that even the United Nations does not rule out the possibility that Russia's briefing on biological laboratories is one of the conceivable steps of preparations for the Kremlin to start biological/chemical operations within Ukrainian territory, according to ukrinform.

Ukraine's President advisor also said that over 3 million Ukrainians have been compelled to flee to Europe since the war started. The number of internally displaced persons (IDPs) who have fled their cities and jobs as a result of the war is estimated to be between 11 and 12 million. He continued by saying that the lives of millions of people are being destroyed by Russia.

The Russian government is considering alternatives for potential cyberattacks: US

In the meanwhile, the White House issued a statement on Monday stating that there was developing intelligence suggesting the Russian government was considering alternatives for potential cyberattacks. US President Joe Biden said in a statement that he urge the private sector partners to immediately fortify their cyber defence. He further said that everyone needs to do their bit to face one of their time's defining threats.