On July 19, Ukraine's first lady, Olena Zelenska, met with Secretary of State Antony Blinken, kicking off a series of high-profile engagements in Washington. 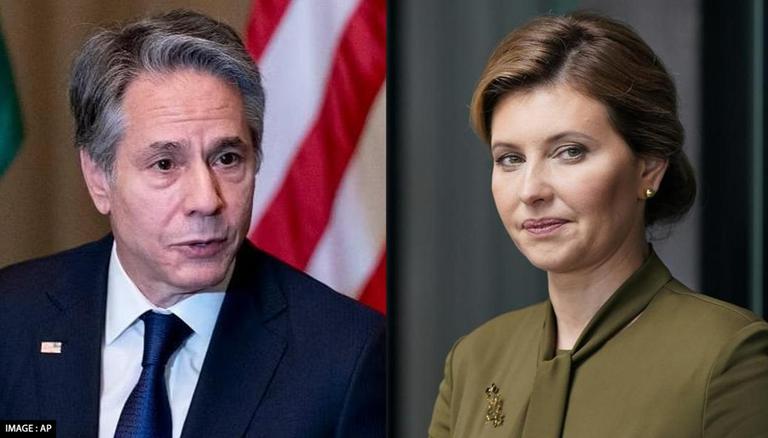 
On July 19, Ukraine's first lady, Olena Zelenska, met with Secretary of State Antony Blinken, kicking off a series of high-profile engagements in Washington. Notably, the Ukrainian first lady will meet with her US counterpart, Jill Biden, during her visit. On Pennsylvania Avenue, Zelenska travelled to her first public event in the United States, the meeting with Blinken, while Ukrainian and American flags flew side by side.

Met today with Ukraine’s First Lady Olena Zelenska to discuss the immense humanitarian costs of President Putin’s war. The United States remains committed to helping the people of Ukraine defend themselves from Russia, secure justice, and rebuild their country. pic.twitter.com/r4XuTKHPP7

According to Ned Price, a spokesman for the State Department, the secretary of state gave Zelenska assurances about American commitment to Ukraine. Blinken praised her for helping civilians who were suffering from trauma and other effects of the war. The head of the United States Agency for International Development, Samantha Power, also met with the Ukrainian first lady on July 19.

READ | US: Buffalo mass shooter to be arraigned on federal charges

It is worth mentioning here that, Power's foundation has donated billions of dollars to help the Ukrainian government and meet humanitarian needs. It is also attempting to alleviate the world food scarcity, which has been made worse by Russia's war. The understated arrival shows that Zelenska is not representing her husband, President Volodymyr Zelenskyy, in an official capacity.

In college, Zelenska majored in architecture, but she also wrote comedy scripts, including ones for Zelenskyy, a comedian with a well-known television show before he was elected president in 2019. Zelenskyy has gained praise from Ukrainians and friends of Ukraine abroad during the conflict by remaining in Kyiv after Russian President Vladimir Putin attacked Ukraine in February.

READ | China urges US to immediately cancel sale of arms worth $108 million to Taiwan: Report

During the first months following the invasion, Zelenska disappeared along with the couple's two children. She detailed how the war forced her to seek safety away from Zelenskyy from the first hours of Russia's bombing in an interview with Time magazine this month. Since then, Zelenskyy has primarily been seen by their children and other Ukrainians in the nightly video speeches he gives to the nation.

On May 8, Zelenska came out of hiding to welcome Jill Biden, who was unannouncedly visiting western Ukraine. The two first ladies later met at a school, where they exchanged hugs, struck up a conversation, and worked with students to create tissue-paper bears as Mother's Day gifts.