In her remarks at the UNSCl meeting, Ilze Brands Kehris urged Russia to also allow other international monitors to all the places of its detention centres. 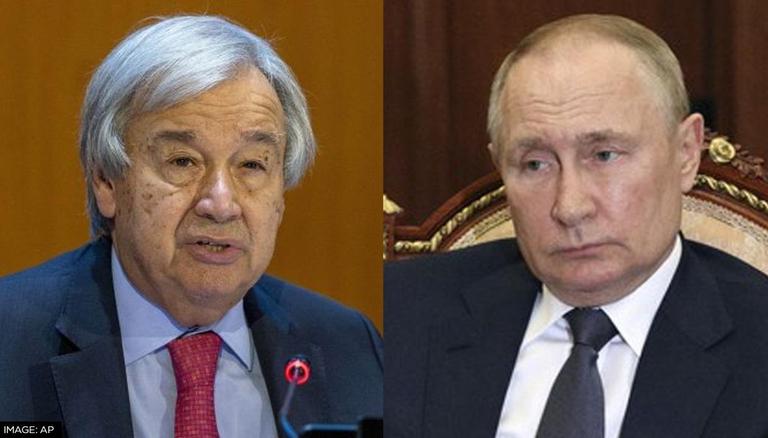 
The United Nations has called on Russia to allow access to its detention centres, UN Assistant Secretary-General for Human Rights Ilze Brands Kehris said. In her remarks at the UN Security Council meeting, Ilze Brands Kehris urged Russia to also allow other international monitors to all the places of its detention centres. She called on Moscow to give "unhindered and timely" access to people from conflict-affected regions.

"We urge the Russian Federation to grant unimpeded and confidential access to our Office and other independent international monitors to all places of detention under their control, as well as unhindered, timely and safe humanitarian access to persons from conflict-affected areas," Ilze Brands Kehris said at the UNSC meeting.

Kehris said that the Office of the High Commissioner for Human Rights (OHCHR) has "verified" that Russian forces and affiliated armed groups move civilians to "so-called filtration," according to the statement released by the UN.  According to Kehris, the cases documented by her office found that the people are subjected to body searches, and detailed interrogations about personal background, political views and family ties. She stressed that OHCHR has found that men and women who were perceived to have ties with Ukraine's armed forces, state institutions, and anti-Russian and pro-Ukrainian views were "subjected to arbitrary detention, torture, ill-treatment and enforced disappearance." She noted that her office has been calling for access to people detained after they were not able to pass "filtration" and those who passed "filtration."

"In cases that our Office has documented, during “filtration”, Russian armed forces and affiliated armed groups have subjected persons to body searches, sometimes involving forced nudity, and detailed interrogations about personal background, family ties, political views and allegiances, with women and girls at risk of sexual abuse," she added.

Meanwhile, US has said that they have evidence regarding Ukrainian citizens being interrogated, detained and forcibly moved to Russia. In her address at the UNSC meeting, US ambassador to the UN Linda Thomas-Greenfield said that estimates from different sources have revealed that Russian authorities have interrogated, detained and forcibly moved 900,000 to 1.6 million Ukrainians from Ukraine to Russia. She claimed that Russian Presidential Administration officials give names of Ukrainians that need to be targeted for filtration. According to Linda Thomas-Greenfield, estimates have revealed that thousands of children have been subject to filtration, some of whom were separated from their families and taken from orphanages to Russia. She further said that more than 1,800 children were deported from Moscow-held regions in Ukraine to Russia in July.

"Estimates from a variety of sources, including the Russian government, indicate that Russian authorities have interrogated, detained, forcibly deported between 900,000 and 1.6 million Ukrainian citizens from their homes to Russia often to isolated regions in the Far East," Linda Thomas-Greenfield said at UNSC meeting.