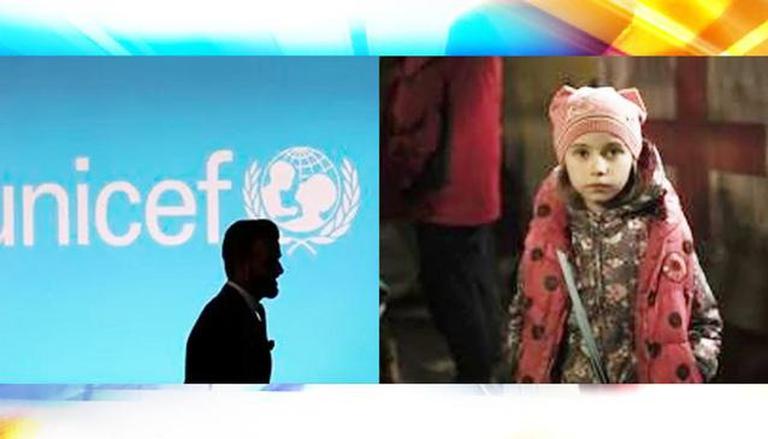 
As the brutal conflict between Moscow and Kyiv nears its 100th day, the situation in the war-torn country has worsened with residential structures getting demolished and the death toll growing at an alarming rate. United Nations Children's Fund has expressed concern over the same and stated that as per its estimates, Russia's military aggression is killing 2 Ukrainian children and injuring at least 4 on a daily basis. On Wednesday, the children's organisation said that "3 million children in Ukraine and more than 2.2 million children in refugee-receiving countries are now in dire need of humanitarian assistance." The war has displaced two out of every three children, it added.

"Based on reports verified by OHCHR, on average, more than two children are killed and more than four injured each day in Ukraine – mostly in attacks using explosive weapons in populated areas," read the press release issued by UNICEF.

The release further stated that the public infrastructure on which children depend continues to be destroyed by the Russian attackers and so far more than 250 health facilities and one in six UNICEF-supported "Safe Schools" in the country's east have been destroyed.

"June 1st is International Day for the Protection of Children in Ukraine and across the region," said UNICEF Executive Director Catherine Russell. "Instead of celebrating the occasion, we are solemnly approaching June 3 – the 100th day of a war that has shattered the lives of millions of children. Without an urgent ceasefire and negotiated peace, children will continue to suffer – and fallout from the war will impact vulnerable children around the world."

The statement released by UNICEF noted that the war has caused an acute child protection crisis and those who have fled from the violence zone are still at risk of family separation, violence, abuse, sexual exploitation, and trafficking. The war has also created mass displacement of livelihoods and economic opportunities, leaving thousands of families unemployed.

"UNICEF continues to call for an immediate ceasefire in Ukraine and to protect all children from harm. This includes ending the use of explosive weapons in populated areas and attacks on civilian infrastructure," the release said.

Till now, UNICEF, along with partners, has distributed life-saving health and medical supplies for nearly 2.1 million people in the war-affected areas and also enabled access to safe water for over 2.1 million people living in areas where networks have been damaged or destroyed.