The United States backed the Canadian government’s decision to send a natural-gas turbine back to Germany for use in the Nord Stream 1 pipeline. 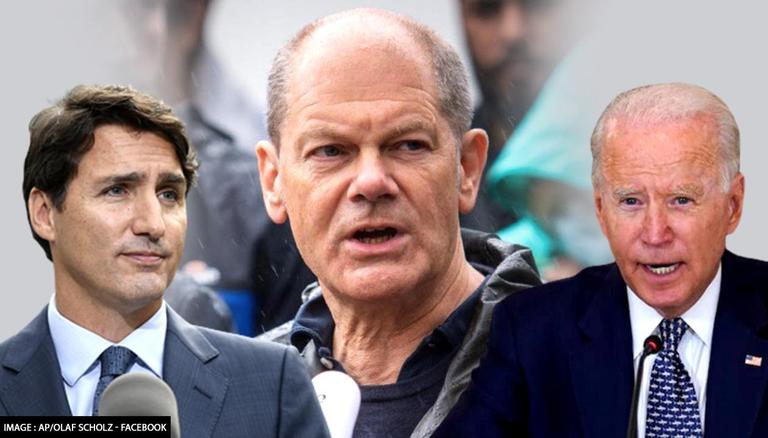 
As the war continues unabated in Eastern Europe, the United States backed the Canadian government’s decision to send a natural-gas turbine back to Germany for use in the Nord Stream 1 pipeline. This comes after Canadian Minister of Natural Resources Jonathan Wilkinson stated that his country has decided to allow the return of the repaired Siemens turbine to Germany. Notably, Nord Stream 1 is Germany's primary Russian gas supply pipeline.

The turbine is expected to enable Germany and other European nations to restock their gas supplies in the near future, enhancing their energy security and resilience and thwarting Russian efforts to weaponize energy. US State Department spokesperson, Ned Price stated that Washington is s working with its allies to boost European energy security, lessen the continent's overall reliance on Russian energy, and further put pressure on the Kremlin. "We are working with our Allies and partners to reduce our collective dependence on Russian energy and maintain pressure on President Vladimir Putin, including exploring ways to further reduce Russia’s energy-derived revenues to continue curtailing Russia’s ability to fund its brutal, ongoing war in Ukraine," he stated in a press release.

The U.S. supports Canada’s decision to return a turbine to Germany to counter Russia’s efforts to weaponize energy. We are grateful for the partnership with Canada and Germany to hold President Putin accountable for his unjustifiable war against Ukraine. https://t.co/qTkhb9uasX

US & allies working to limit impact of war on global energy markets: Price

According to Price, the US and its allies are also making all-out efforts to safeguard economies and limit the impact of President Putin's war on global energy markets. The US also hailed its partnership with Canada and Germany as well as their solidarity in support of Ukraine after Russia launched an unjustified war against its sovereign neighbour on February 24. "The United States and our Allies and partners are committed to supporting Ukraine and ensuring the Russian government feels the compounding effects of our economic restrictions and robust sanctions," Price added.

US aims to bolster Ukraine's positions at possible talks with Russia: White House

Meanwhile, White House Press Secretary Karine Jean-Pierre stressed that the approach of the US towards the Ukrainian crisis remains unchanged and that Washington's efforts are centred on strengthening Kyiv's positions at potential discussions with Moscow. She also echoed President Joe Biden's views, saying there will not be any conversation with Russia without the presence of Ukraine. Jean-Pierre further stated that the US approach will never change as the country will continue supporting Ukraine to fight for its democracy and territorial integrity.