After Russia warned Lithuania about rail traffic limitations to Kaliningrad, the United States declared its complete support for the baltic nation, on June 22. 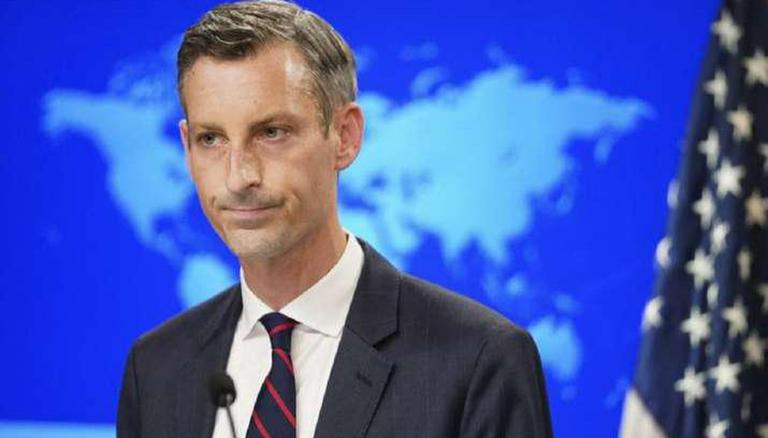 
After Russia warned Lithuania about rail traffic limitations to Kaliningrad, the United States declared its complete support for the baltic nation, on June 22. According to US State Department spokesperson Ned Price, America supports its NATO allies and Lithuania as well. He went on to say that his country's dedication to NATO's Article 5 is unwavering.

We support our NATO allies, we support Lithuania. Our commitment to NATO's Article 5 is unbreakable," Ned Price stated.

Russia has warned of dire repercussions for Lithuania's move to limit rail traffic, calling it a "hostile action." Kaliningrad is a Russian Baltic Sea enclave located between Lithuania and Poland. The US applauded Lithuania's move because of its "extraordinary economic measures," while proclaiming that it does not want to give "Russian saber-rattling or Russian bravado any additional publicity."

Putin's administration summoned European Union envoy Markus Ederer to the foreign ministry. Lithuania had prohibited the transportation of supplies to the enclave, citing EU sanctions. It is woth mentioning here that Lithuania is a member of NATO and the EU. Lithuania claims it is just acting in accordance with EU sanctions implemented in response to Moscow's invasion of Ukraine.

The EU has backed Lithuania's stance, claiming that the country is only enforcing EU sanctions set in response to Russia's invasion of Ukraine. Coal, metals, construction materials, and innovative technology are among the items sanctioned. Lithuania is protected by collective defence treaties as a member of the NATO military alliance. Kaliningrad, a vital territory where Russia's Baltic Fleet is based, has no border with Russia.

After World War II, Germany acquired the western area, which is surrounded by EU and NATO members Lithuania and Poland. The region, home to an estimated one million people, is primarily reliant on raw materials and spare parts imported from Russia and the EU. Regional governor Anton Alikhanov stated that the restriction will apply to roughly half of the commodities imported into Kaliningrad.