US House Speaker Nancy Pelosi, on July 20, asked Secretary of State Antony Blinken to declare Russia as a "state sponsor of terrorism". 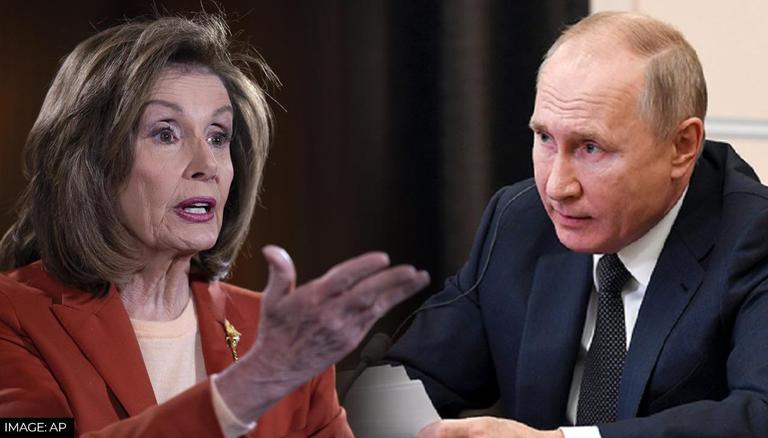 
US House Speaker Nancy Pelosi, on July 20, asked Secretary of State Antony Blinken to declare Russia as a "state sponsor of terrorism" warning that she would compel the US Congress to take the drastic measure. According to a report published by Politico, at least two sources familiar with the development have said that the US Speaker had elevated the pressure on the state department to hold Russia accountable for its atrocities in Ukraine by designating it as a "terrorist state."

A congressional aide has informed that Pelosi has been mulling designating Russia without the involvement of the State Department.

“There’s no legal reason Congress could not pass legislation to effectively designate Russia as a state sponsor of terrorism,” the aide said. “Congress passing legislation is obviously a more complicated route than the secretary making the designation, but it would give the administration the political cover it needs to escalate economic pressure and rhetoric against Putin," they added.

US Senators introduce bill to pave way for designation

In the month of May this year, after Russia's president Vladimir Putin launched an all-out assault on Ukraine, US Senators Lindsey Graham (R-S.C.) and Richard Blumenthal (D-Conn.) introduced a bill that would underline the Senate’s stance to recognise Russia's so called "acts of terrorism."

The draft bill was passed after the US senators travelled to Kyiv and met Ukrainian President Volodymyr Zelenskyy. If passed, the bill would designate Russia in the category as other countries such as Iran, Syria, Cuba and North Korea and would permit the US to impose tougher trade embargoes on Moscow.

“Putin is a thug, and a bully, and he will continue being an increasing threat to Europe and the world unless he is stopped,” Graham had asserted at the time of passing the proposal. “If there is anybody who embodies terrorism, and totalitarianism and tyranny, it’s Putin," the US senator had added.

Ukraine's leader Zelenskyy had also lambasted Russia for what he described as terrror activities in his country, saying during his nightly address that there will come a day when "Russian terror" will no longer be feared for which Ukraine needs to fight. "We will come to the day when Russian terror will become impossible, but for this, we will still need to fight," Zelenskyy asserted. He then accused his Russian counterpart Vladimir Putin of being a "terrorist" and running a "terrorist state."

READ | EU diplomats agree to impose 7th round of sanctions on Russia over war in Ukraine: Report
READ | Russia's gas via Nord Stream 1 resumes with 30% of capacity: German Federal Agency
READ | Russia's war in Ukraine influencing China's decision on 'when & how' to invade Taiwan: US
First Published: 21st July, 2022 19:14 IST
SUBSCRIBE TO US