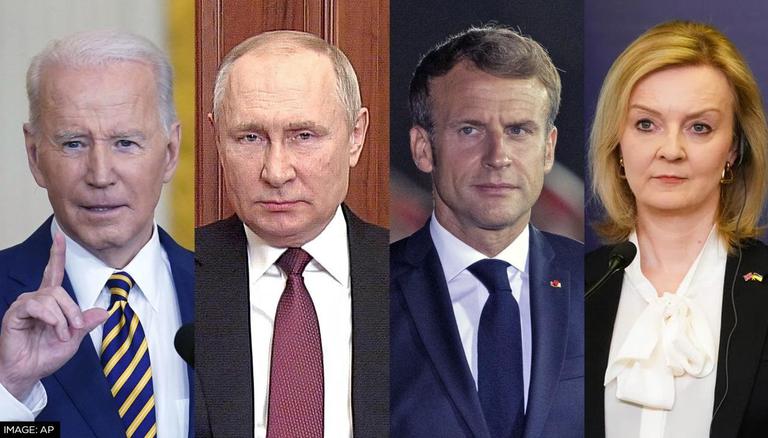 
The United States, UK, and France on Sunday rejected Russian allegations that Kiyv has been planning to use radioactive bombs as a false flag to later blame the attacks on the Russian forces, warning against using such pretexts to escalate the conflict. In a joint statement, French Foreign Minister Catherine Colonna tweeted the joint statement with her US and UK counterparts, saying that the world "would see through any attempt to use this allegation as a pretext for escalation."

Russia's claims of Ukraine's may use 'dirty bomb' refuted

Russian Defence Minister Sergei Shoigu made the allegation about Ukraine's use of a "dirty bomb" in a telephone conversation held with the Western defense chiefs earlier Sunday. Responding to the allegations, the US State Department said in a joint statement with the British and French governments that such claims of Kyiv's plans to use radioactive bombs hold no factual grounds. "Our countries made clear that we all reject Russia's transparently false allegations that Ukraine is preparing to use a dirty bomb on its own territory," the US State Department asserted.

Secretary of State for the US, Antony Bliken, tweeted that he spoke to Ukraine's Foreign Minister Dmytro Kuleba to "reject Russia's false allegations that Ukraine is preparing to use a dirty bomb on its own territory". Kremlin stated that Russian Defense Minister Shoigu had also spoken to US Defense Secretary Lloyd Austin highlighting the risks. Pentagon, although, said that US Defense Secretary Lloyd Austin "rejected any pretext for Russian escalation" in the phone call held between the two counterparts.

I spoke with Ukrainian Foreign Minister @DmytroKuleba today to discuss the United States’ continued support for Ukraine and to reject Russia’s false allegations that Ukraine is preparing to use a dirty bomb on its own territory.

Ukraine's President Volodymyr Zelenskyy had urged for an international response against Russia's false flag allegations.  "If Russia calls and says that Ukraine is allegedly preparing something, it means one thing: Russia has already prepared all this," Zelensky said in a video address. "I believe that now the world should react as harshly as possible," Zelenskyy added.

"Russians often accuse others of what they plan themselves," meanwhile the Ukrainian Foreign Minister Dmitry Kuleba said. He derided Russia's Defense Minister's claims as "absurd" and "dangerous".